Students Are Enlightened About Africa Involvement In WW1

On Thursday May 11th, all Year 8 students were involved in a Focus Morning on African involvement in World War One.

On Thursday May 11th, all Year 8 students were involved in a Focus Morning on African involvement in World War One.  Diversity House are working on a project ‘Breaking the Myth’ which aims to highlight the role of Africa in the Great War.  In collaboration with Diversity House, academics, teachers and students were able to explore this important but forgotten topic.

Dr Anne Sampson, an academic specializing in African involvement in World War One, started off the focus morning with a very informative and interesting 45 minute assembly.  She showed students lots of pictures and students showed their huge interest and inquisitiveness with some probing questions.  Students then split into 8 classes and spent one lesson focusing on why Africa was involved in World War One.  This had them recreating the Berlin Conference of 1885 when European countries ‘carved up’ Africa based on the resources they wanted. Students threw themselves into their roles (as different European countries) with great enthusiasm and there were heated discussions on which countries should have which land.  This led to great reflection on the impact of this action on Africans themselves, Europe and indeed the whole world.

A second lesson focused on remembrance.  Time was spent considering how and why important events are remembered.  World War One commemoration was considered firstly on a local level with looking at memorials in Sittingbourne, then on a national level and then finally by looking at remembrance of African soldiers – of which there is very little.  Students spent time considering why African soldiers aren’t remembered in the same way and how it would be appropriate to remember them.  They then were given the details of one African soldier per group and came up with interesting ideas for commemoration.  Some ideas included a yearly day for remembrance, using social media, statue and a song.

Dr Samson, Christine Locke (CEO of Diversity House) and Prof Marika Sherwood (a local historian) were able to circulate amongst the groups and answer questions students had.

Students found the focus morning very interesting, with many of them expressing all they learnt including ‘we learnt that Africa was involved in WW1’, and ‘I feel quite complete as I didn’t know much about this before’, ‘I now know they had trenches in Africa too, but used them differently’.  They left the morning with many questions including ‘What weapons were used in Africa?’, ‘Did poppies grow on the battlefields of Africa?’, ‘Where were the major battles?’ which they will try answer over the coming weeks in their studies of World War One in their history lessons.’ 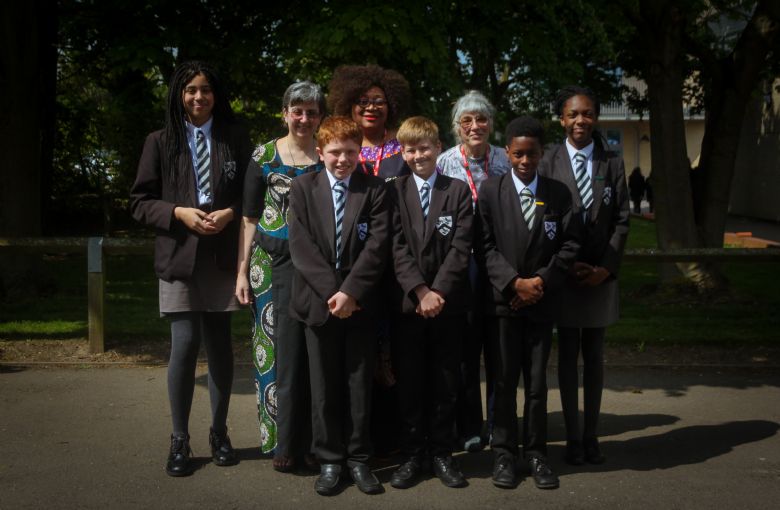