On Friday 7th July, 43 Year 8 students had the opportunity to visit the World War One Battlefields, Memorials and Cemeteries in Belgium. The trip focused on the area surrounding Ypres. As ever, the experience was both rewarding and moving.

On Friday 7th July, 43 Year 8 students had the opportunity to visit the World War One Battlefields, Memorials and Cemeteries in Belgium. The trip focused on the area surrounding Ypres. As ever, the experience was both rewarding and moving.

The trip was organised by Mrs Wisbey and the students were accompanied by two amazing guides from Anglian Tours. It was an early start; 5.20am, and a stiflingly hot day, neither of which distracted from the day. After a perfectly smooth crossing from Dover to Calais the students were ready to explore and learn more about the First World War.

The first location of the day was the cemetery at Lijissenthoek. During the war this was a major ‘clearing station’ or ‘Field Hospital’ . Here over 10,000 Commonwealth soldiers who died of their wounds have been laid to rest. Students were divided into small groups and were shown artefacts from the First World War, including soldiers identification tags and cap badges. Students were overwhelmed by the scale of the cemetery and the young ages at which soldiers died, many still teenagers, close to their own age. The tour guides set the students the challenge of finding the only female to be buried in the Cemetry: Nelly Spindler, a nurse killed by shrapnel. The students went on to visit the German Cemetery at Langemark, and were shocked by the contrast in architectural style, stones being black and representing four fallen soldiers rather than just the one in the Commonwealth Cemeteries. Over 40,000 German soldiers are buried here. The tour of the cemeteries took a personal touch. In advance of the trip, students and their families were able to submit the names of family members lost during the war. Two students were able to lay a wreath at the graves of their relatives and a memorial service was held for both.

Throughout the day the students got the opportunity to explore the preserved German trenches at Bayernwald and experience the cramped and confined conditions. This illustrated how narrow the trenches were and how close enemy lines were in this particular area. Cows in the adjacent field were used to indicate where the allies would have been in comparison to the trenches the students were standing in. A little later, the students had the chance to dress up in full trench uniform ,handle replica weapons and try on different types of gas masks and protective clothing.

The day concluded with a visit to Ypres itself. The main focus was for the Fulston students to be present at the 8pm Menin Gate Ceremony during which three students were to lay an inscribed wreath to represent the school. The Ceremony was deeply moving and the three students felt honoured and were visibly moved by the experience.

In all an amazing day, and strongly recommended for all those interested in World War One . 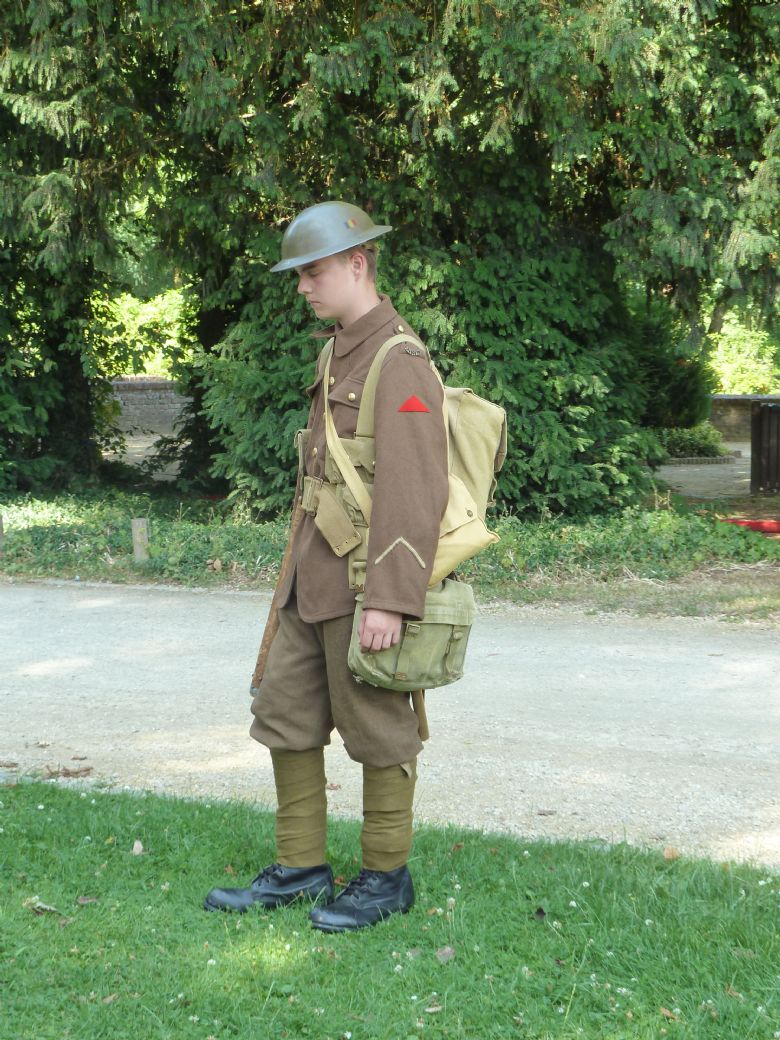