More Awards Than Ever Given Out

Tuesday 18th July saw one of the final events on Fulston Manor School’s calendar which was attended by Years 7 – 9, staff and over 100 parents.

Tuesday 18th July saw one of the final events on Fulston Manor School’s calendar which was attended by Years 7 – 9, staff and over 100 parents. The annual Lower School Awards acknowledged a variety of participation in clubs, exceptional work in subjects and outstanding attainment and attitude overall. With more than 150 awards given out it was an incredible celebration of school life. Guest speaker Evan Francis was impressed by the volume of awards. Blogger Evan, an ex Fulston 6th Form student, talked about how hurtful comments in her previous school and earlier life had eventually guided her to being a stronger individual. When she joined Fulston in Year 12, Evan’s confidence grew and grew and she found that people were really interested in her style which is why she began blogging. She is now sponsored by huge companies such as Panasonic, New Look, Liz Earle and Jack Wills. Evan said “The people who made my life difficult when I was 13 years old are now the same people who ask me where I get my outfits from and how much they like what I wear. My message to the students was never to be held back by bullies or think that it’s not worth trying hard. I am proof that things can change for the better through hard work and support from people that care”. 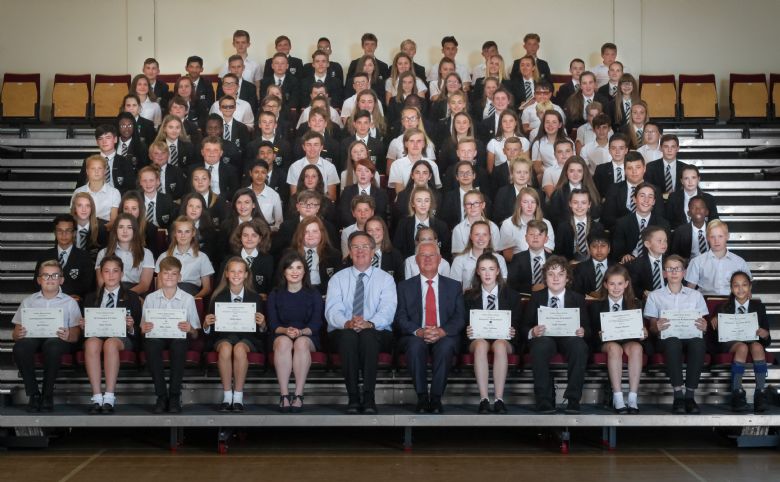