In the last three years 187 people aged 17-24 were killed or seriously injured as car drivers or passengers on the roads in Kent and Medway.

In the last three years 187 people aged 17-24 were killed or seriously injured as car drivers or passengers on the roads in Kent and Medway. Year 12 students from Fulston Manor joined other schools from around Kent at The Winter Gardens, Margate for a presentation by Police, Ambulance and Kent Fire & Rescue crews on Monday 6th November. The students were shown a re-inaction video of a car accident, to raise awareness of their responsibility in a car, both as a driver and passenger.  Also on stage were parents of children who had tragically been killed in avoidable road traffic accidents.  The event was summed up when a 29 year old man, Spencer, walked onto the stage aided by a paramedic. Spencer told his story about the wrong choice he made in getting into a car driven by a new driver under the influence of alcohol, and crashed, leaving Spencer fighting for his life. This happened when Spencer was 15 and he is now mentally and physically disabled and his life has been irreparably damaged because of this driver's stupidity. The Fulston students, some moved to tears, acknowledged the message being given to them by the people involved. 6th Former Michael Barnes said “It was really depressing to hear all of the stories and really emphasized the fact that care must be taken when driving at all times”. The final message of each participant was “Take Care. You have a licence to drive. Not a licence to Kill”. 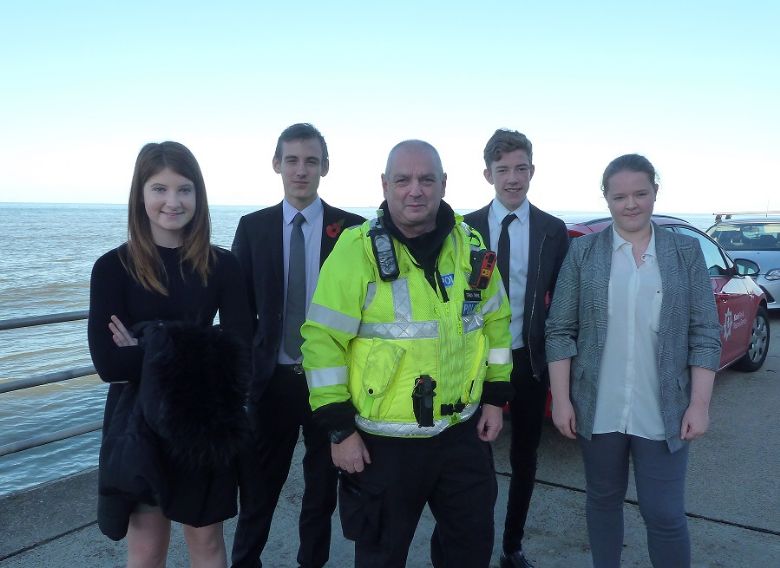