On Thursday 7th December, over 150 students were involved in our annual Winter Concert.

On Thursday 7th December, over 150 students were involved in our annual Winter Concert. We had an array of performances from all the Performing Arts extra-curricular clubs including Samba Band, Dance Company, Orchestra, Choir and even had a new edition from the staff choir that Miss H-Q introduced in September. We also had many other students performing their own ensemble pieces as well as involvement from A-Level Performing Arts and GCSE Dance and Music classes. The students put on a phenomenal evening of performances and demonstrated many talents across the two concerts. The students have been working on these performances since the beginning of September and have been rehearsing morning, lunch and after school every week. They really did themselves proud and received a huge amount of praise from fellow students, parents and staff. 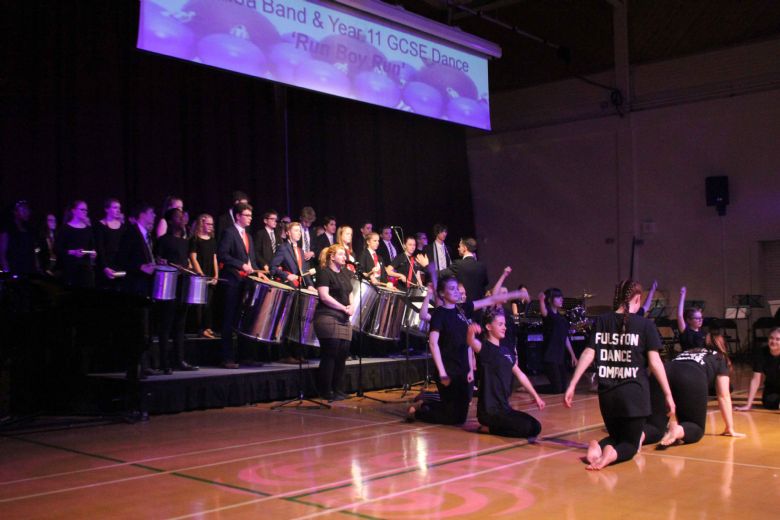 A selection of photos can be found here