Where Are They Now - Isaac Levack

Sometimes when students leave secondary school they have no idea where their journey will take them.

Sometimes when students leave secondary school they have no idea where their journey will take them. This was the case for Isaac Levack when he left Fuslton back in 2014. Isaac joined Canterbury College for a year after Fulston- achieving  a  Level 2 course in Animal Management and his English GCSE. He then transferred to Hadlow College, again in Canterbury, for a 3 year level three course in Animal Management. At times he hated the structure of the classroom but in the end couldn’t complain too much about it because it was through Work Experience for both colleges that he 'found' falconry. He was 16 when he did his first placement at Doddington Bird of Prey Centre. Mum, Sarah,  picked him up on a very cold January afternoon to discover him absolutely beaming and, as he climbed into the car, said "that's what I'm going to do with my life."

The next year he arranged a placement with Leeds Castle, and then managed to talk them into allowing him to continue there, at least one day a week for a year, in order to complete the 'skills' section of his Duke of Edinburgh's Gold award. He has, basically, never left! A job unexpectedly came up there late last year, the first for 4 years, and he beat 3 other candidates to it, starting a full time, permanent position in January of 2018. It was such a rare and valuable opportunity that Isaacs parents were totally supportive when he dropped out of college 6 months before the end of the course to take it. Mum said “He has been unbelievably lucky, but he has put lots of unpaid hours in and it is very hard work”.

Although he doesn't yet narrate the public displays, he handles the birds, takes people out on Hawk Walks, Bird of Prey and Owl experiences on his own, supervises the volunteers and is hands on with the birds all the time, including medicating them and training them. It is not unusual for Isaac to bring his work home - he even had a baby sparrowhawk which he brought home so he could keep watch on it overnight!  He also deals with the wildlife on the estate, particularly the various swans, which again is a very busy job - especially at this time of year as lots of them are nesting. If the cygnets need hand rearing or extra support he'll be there taking his turn with the bottle!

Isaac hasn’t had it easy. He was finally diagnosed with having dyspraxia - a developmental disorder of the brain in childhood causing difficulty in activities requiring coordination and movement which makes his achievements even more spectacular.

In summary, Isaac would be the first to admit that he wasn’t the most academic at school and that he will never be a top earner, but he is doing a job which he absolutely adores and is in a wonderfully supportive environment, getting up every morning looking forward to the new day at work. Not many of us can say that. The message is most definitely to follow your dreams, however unconventional or unlikely to succeed. As Isaac says “ If I can do it, you can too”! 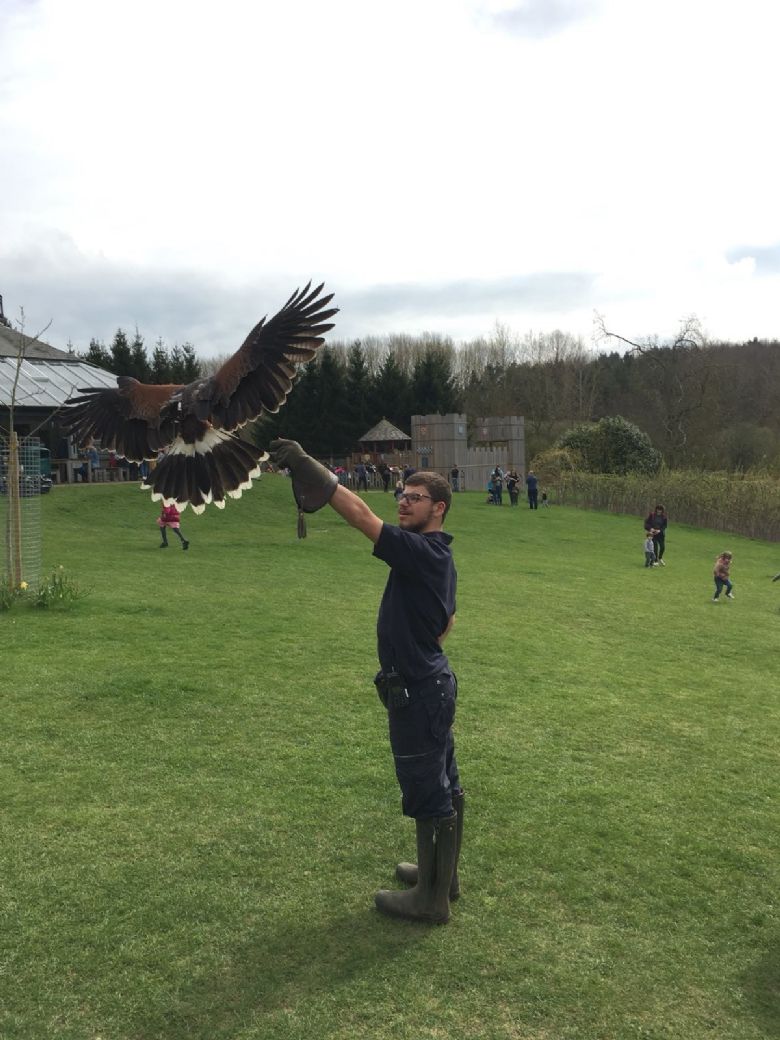