Issac Chosen To Play For England

He may only be 13 but Morrison student Isaac has just been chosen to play U18 Indoor Bowls for England!

He may only be 13 but Morrison student Isaac has just been chosen to play U18 Indoor Bowls for England! Isaac was ecstatic back in October last year when he was selected to take part in a trial weekend in Rugby on Saturday 28th April 2018 and will be skipping the fours and triples which is a massive responsibility. Up against much older players, nobody was more surprised to be chosen than Isaac. He said, “ Because I am tall for my age everybody thinks I’m the same age as the other players so some of them were shocked when they found out my actual age. I’m so happy as I wanted to beat my sister Imogen’s record of being selected at 15. There’s nothing like sibling rivalry to make you play well”. On top of being selected for England Isaac has recently won the County Men’s Triples. Isaac is looking forward to playing for his Country in October, in Wales, and continued “I play about 4 times a week and had to give up football but it was absolutely the right decision as I love Bowls. The outdoors season will be starting soon so I’m aiming to continue my winning streak and win some titles”. 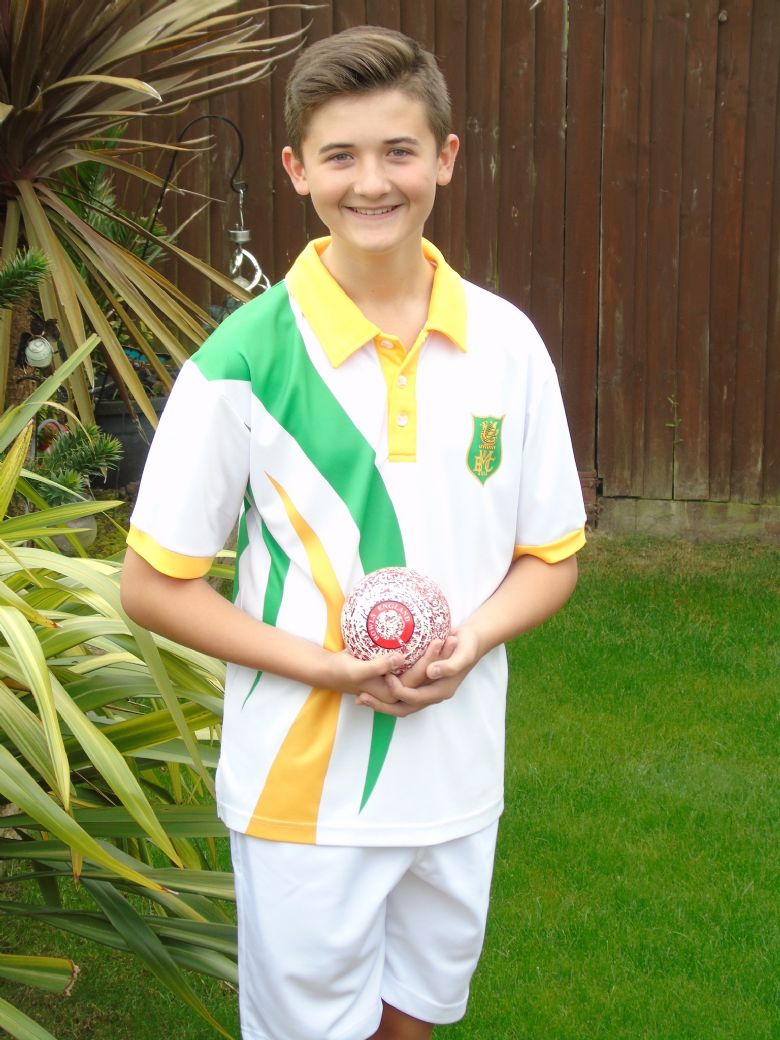