Josh Is Champion Of Champions

Morrison student Joshua has taken on the best of the best in a black belt only event and won! Taking part in the Taekwondo ‘Pure’ Championship in Hertfordshire on 23rd June was no mean feat as competitors had to be black belts and winners of a medal at national competitions over the last 12 months. Joshua had a gruelling final being hit several times after the ref had called to ‘break’ the fight and even being pushed over the barrier around the ring. He managed, however, to maintain his composure and displayed a great deal of maturity to win the fight and becoming the recipient of the Championship Belt in the Aged 15-17 Under 60kg category. Josh said “It was great to win a championship belt and it was also brilliant to see my instructor, Gary Foster, fight as well and win a belt”. 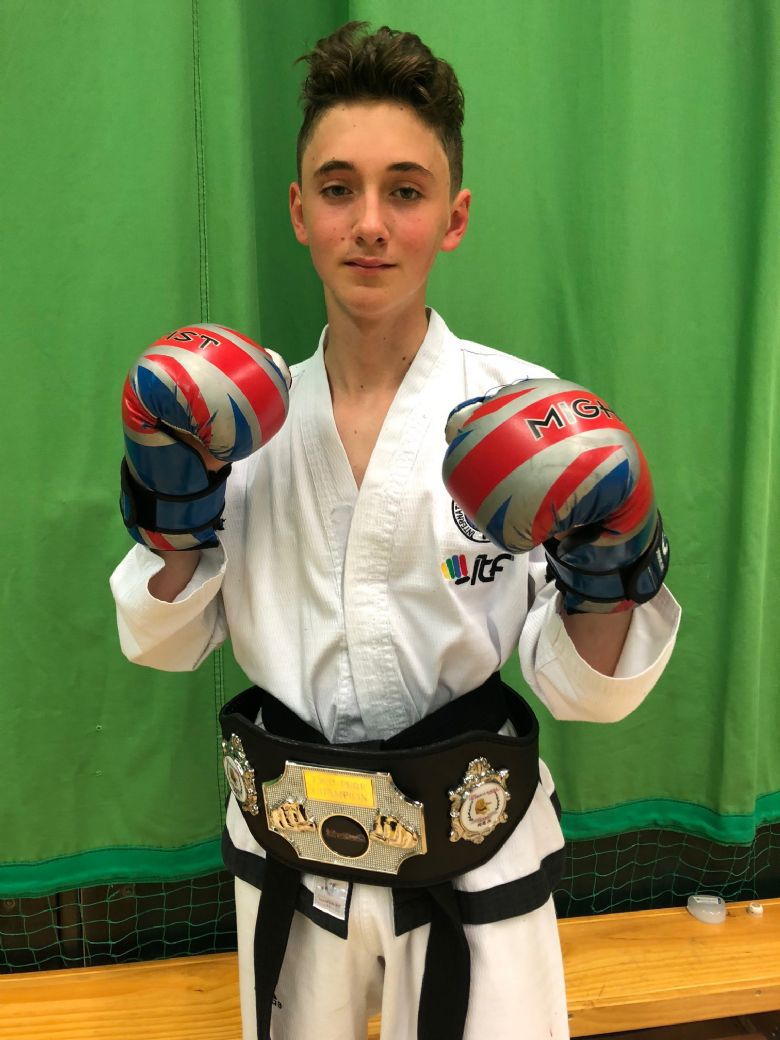