Where Are They Now - Jayme Goodger

We remember Jayme with fond memories of her time here at Fulston. Since leaving us three years ago (2015) Jayme has completed her University course and gained a 2:1 in Sports Studies.

We remember Jayme with fond memories of her time here at Fulston. Since leaving us three years ago (2015) Jayme has completed her University course and gained a 2:1 in Sports Studies. Jayme has certainly made the most of her time at Hertfordshire University, enjoying herself and making the most of the amazing opportunities that have come her way.

One of these opportunities was being employed as the netball officer promoting the sport for England Netball and she even won an award for being in the top 5 promoters in the country. No mean feat to say the least! Jayme gained qualifications in netball Level 2 and Level 1 – FA in Futsal. Jayme was awarded ‘Club Purple’, a prestigious sports award, for services to University Netball and has also won, along with other sportsmen and women, the Vice Chancellors Award which recognises the significant contribution to the overall success of the University in the past year.  On top of all of this Jayme captained the Hertfordshire Netball University Team starting their run in Division 3 and ending the last two years in Division 1 – achieving 3 league wins.

Never one to rest on her laurels, Jayme also works for St Albans Council, promoting sports and leading sports clubs for ages 3-11 during the school holidays. This has led to an offer of full employment at The Samuel Rider School, St Albans who created an opening for her as they were so impressed.

Who says hard work doesn’t pay off? Nobody!

To say that Mrs Goodger, Hales Pastoral Assistant, is a proud Mum would be a complete understatement. 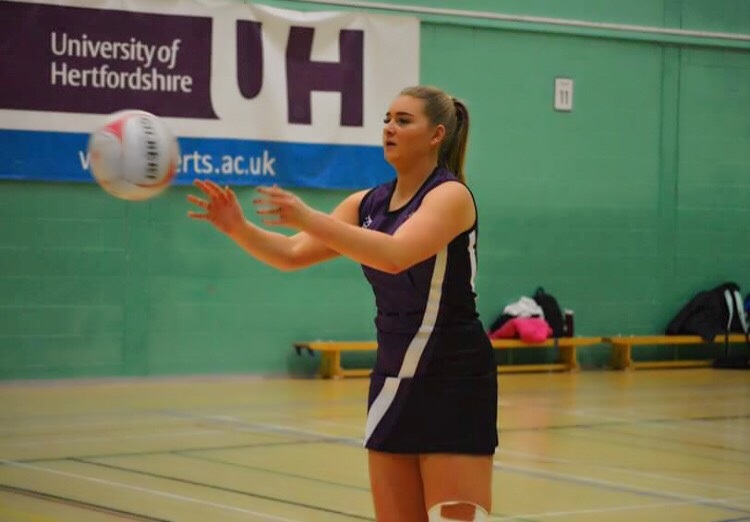