Students have recently returned from an incredibly successful week long Performing Arts tour in Germany. Showcasing every aspect of Performing Arts from singing and dancing to the ever popular Samba Band the group wowed their audiences. Having even made the local rag Language teacher, Mrs Collins, translated what had been written. This pretty much sums up the whole experience and the exhausted travellers returned to Old Blighty with another notch to their belts having loved every second.

English Musicians on Tour in Germany

“It’s going to be loud” teacher Mr Bowden warned visitors to Haus das Bad Peterstal.  Due to a rain shower, the guest concert by Fulston Manor School from Kent in Great Britain had to be relocated quickly from the garden into a hall.   There, the guests, amongst whom were residents, guests and locals, were looking forward to a mixture of rhythm, music and dance.

The performance in Bad Peterstal marked the start of the week-long “Germany Music Tour 2018” by the students and their teachers.  Conducted by music teachers Mr Bowden, Miss Hadok-Quadrio (choir) and Mrs Marchant (keyboard & dance), all performances, whether a rhythmic group with a variety of drums or a multivoice choir, were given from memory.  The different and sometimes acrobatic dances each had their own choreography telling their own story at times almost dreamlike and at others very rhymically striking. 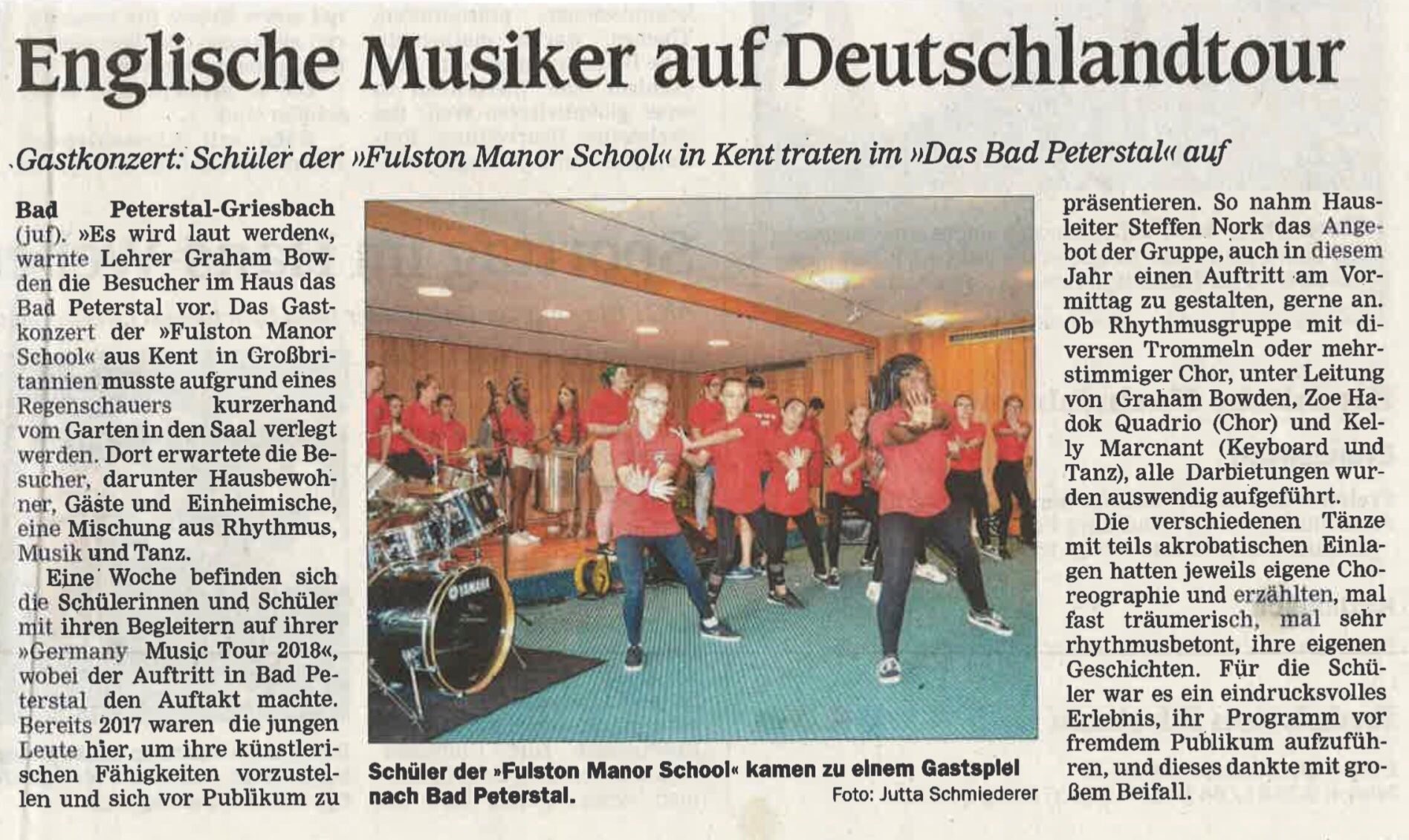