Katie Gets To Meet Her Fashion Icon

After recently being promoted to Editor-In-Chief of the style department at Royist, Year 13 student Katie Upton has once again attended London Fashion Week. Likewise to Men’s week in June, Katie’s aim was to gain an insight into the inner workings of the industry whilst making valuable contacts. On Sunday 16th September, Katie attended Victoria Beckham’s 10th Anniversary event alongside Hales student Laura Hunt. Hundreds of people gathered outside the store to get a glance at one of the UK’s most prominent fashion figures – the collection showcased Victoria’s effortlessly elegant style through an array of transitional pieces. Katie said “meeting Victoria was a dream, I’d looked up to her as a role model in the industry from a very young age. Being surrounded by some of the industries finest journalists was an inspiration to know that I was already a part of some of these prestigious social circles.”

Towards the end of the event, Katie was approached by Jess Hover a Styling Director from New York who then offered her an internship for NYFW next season, this is an outstanding opportunity that will aid Katie in her application to world-renowned London College of Fashion.  " 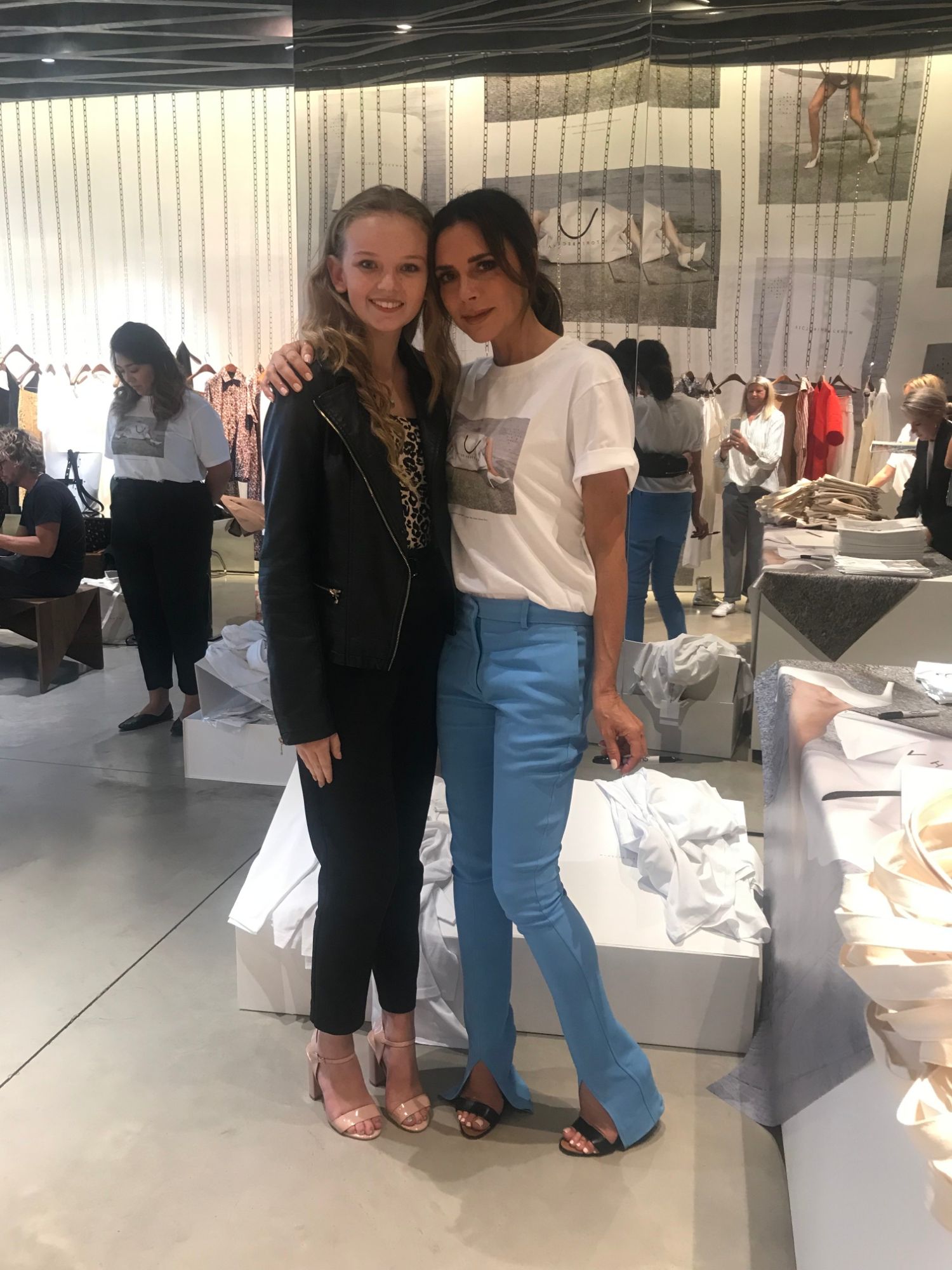