Morrison student, Isaac, has returned from a very wet and windy Wales having represented England in the U18 British isles Indoor Bowls Series.

Morrison student, Isaac, has returned from a very wet and windy Wales having represented England in the U18 British isles Indoor Bowls Series. Unfortunately due to the poor weather conditions Ireland were left stranded at the airport on Friday 12th October as all flights were cancelled, so they had to withdraw from competition. This must have been desperately disappointing for the youngsters that had been picked to play for their team. However, this left 2 teams each from England, Scotland and Wales to contest the title. The format had changed from previous years and Isaac had been selected by England to skip one of the England triples and fours.

Isaac performed extremely well over the long weekend with his triple missing out on a bronze medal on a one end tiebreak against Wales after drawing one set each. The Fours event started Saturday afternoon for Isaac’s rink where they achieved impressive victories over Scotland and Wales leaving him in the gold medal match Sunday morning against the other England rink. Isaac’s Mum, Rachel, was there to support the team, “It’s never an easy game playing your team mates but there were plenty of impressive bowls. It was another close game with both rinks winning one set each, but this time Isaac’s rink winning the extra end to claim the Gold medal!” Rachel continued, “Unfortunately the England team did not achieve the results they would have wanted in the singles or pairs events leaving Scotland to take the over all trophy and victory in the series, for the second year running, with England as runners up. As the youngest member of the English team Isaac hopes that after his performance this year he will be selected again next year where Ireland will be hosting the event”. Mrs Palmer caught up with Isaac who told her he was extremely tired and exhausted but very pleased with his achievements. Isaac is looking forward to more matches. 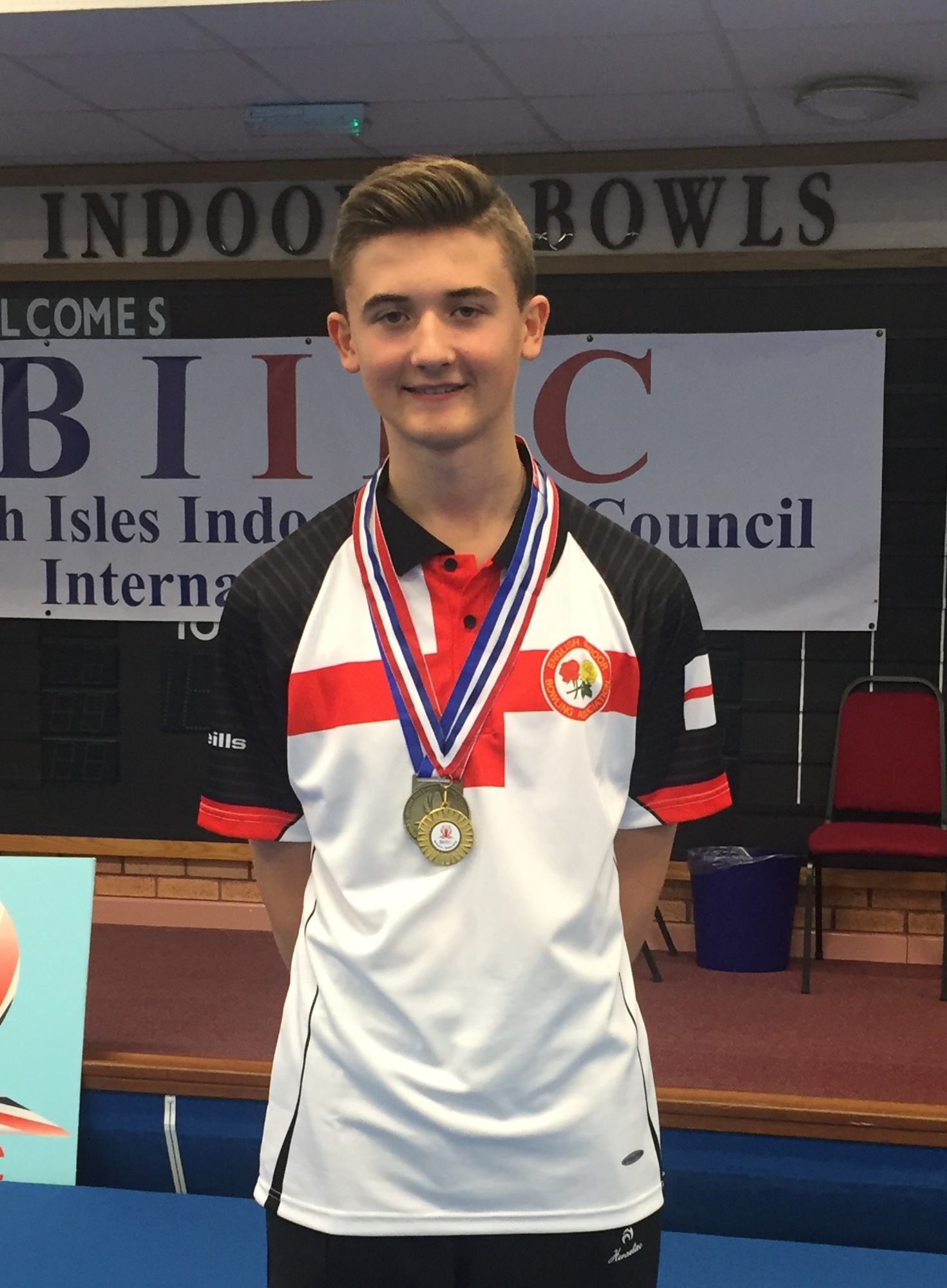