After the collation of all of the inter secondary school boys sports results and participation rates during the 2017/18 academic year,

After the collation of all of the inter secondary school boys sports results and participation rates during the 2017/18 academic year, Fulston Manor School have been awarded the shield for the most successful school.  Mr Gardner, Head of Physical Education, said, “I would like to congratulate the students who have represented the school and made a contribution to our success.  I would also like to congratulate my colleagues in the Physical Education department for their contribution, too; without them giving up their time to coach and manage the school sports teams, and to transport the students to and from fixtures and competitions, none of this would be possible”.

As alluded to, this award is for the amalgamation of both results and participation levels across the four year groups of Years 7-10 during the 2017-18 academic year and encompasses a diverse range of inter-school sports competitions including football, rugby, table tennis, handball, athletics and cricket, that Fulston competes for against Borden Grammar School, Westlands School, Sittingbourne Community College and Oasis Academy.

The shield was engraved and was presented by Mr Russell Fairman, Community, Sport & Physical Activity Officer, Swale Borough Council who said, during an assembly on Friday 9th November, “I would echo the words of Mr Gardner regarding the organisation by the schools P.E. staff. We wanted to encourage students to engage in physical activities which develop skills and have a huge health benefit to the individual and so an inter school competition was a great way of getting young people to participate in all types of sports. Well done Fulston and all of the other schools involved”. 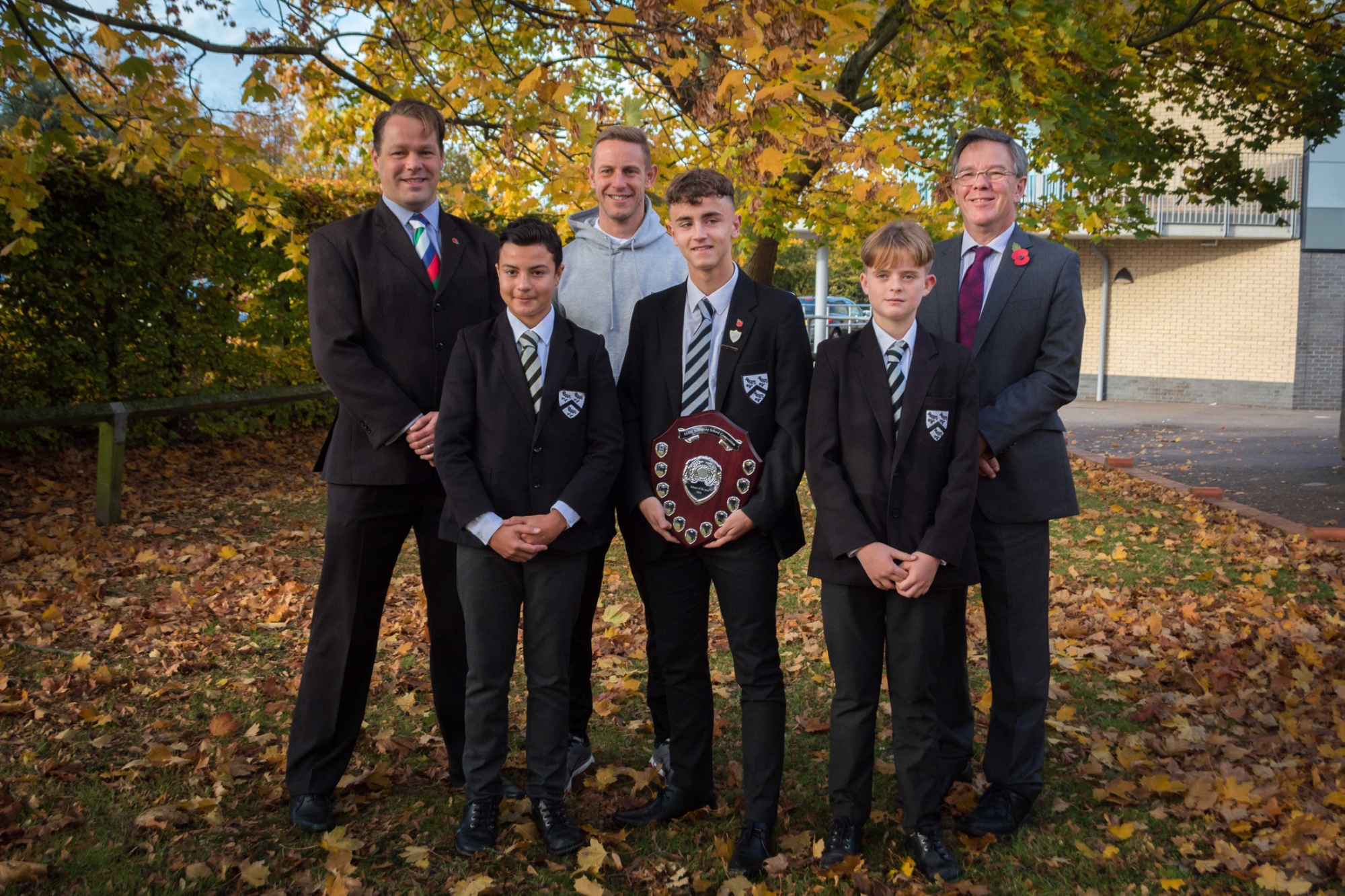