Owen Organises A Sing Up To Cancer Charity Event

Year 10 student Owen Foster has focused his grief at losing his Gran last March to breast cancer by organising a charity fundraising event.

Year 10 student Owen Foster focused his grief at losing his Gran last March to breast cancer by organising a charity fundraising event. The Morrison student produced, directed and choreographed a showcase of songs from famous musicals which were performed on Saturday the 19th and Sunday the 20th January at the Avenue Theatre in Sittingbourne. Owen was incredibly happy to find out that a grand total of £2648 was raised from ticket sales and a raffle which will go directly to Cancer Research. Owen was hit very hard by his Grandmothers passing but said that organising this event helped him to focus on something positive. Mrs Palmer said “We really are proud of what Owen has organised. He works tirelessly within our own Performing Arts Department and helps out with every production we put on. Having spoken to a number of people who attended the show it certainly sounds like Owens dreams were realised and the feedback has been amazing. His Gran would have been immensely proud of him” 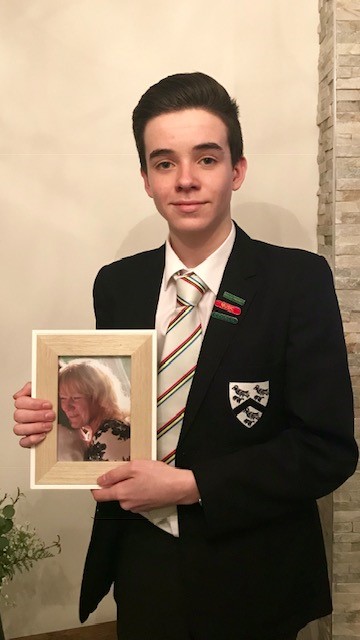