E-Safety Roadshow A Hit With Students

Year 8 students were given a very strong and positive message by Amelix Marketing Communications who work in conjunction with Kent Police on Monday 4th February.

Year 8 students were given a very strong and positive message by Amelix Marketing Communications who work in conjunction with Kent Police on Monday 4th February. The event, entitled ‘Is It Worth It Tour’ is an interactive roadshow that has been commissioned by Kent Police and its partners for the last 9 years and been seen by thousands of students. The roadshow delivered a very credible message around e-safety, the dangers of Sexting and encourages young people to think carefully about the consequences of what they post online. The severity of the subject of e-safety was taught through a variety of games and serious messages which were displayed throughout, but was broken by performances by a new and up and coming artist, Robbie White. Danas said “It was a brilliant show and the singer was amazing. It was good to hear the message about safety and what could happen although I knew quite a bit. I did learn though that I should report anything that was wrong and not just block that person”. Lilia and Aaliegha agreed “It was great and sent out a strong message on the dangers of posting stuff online”. 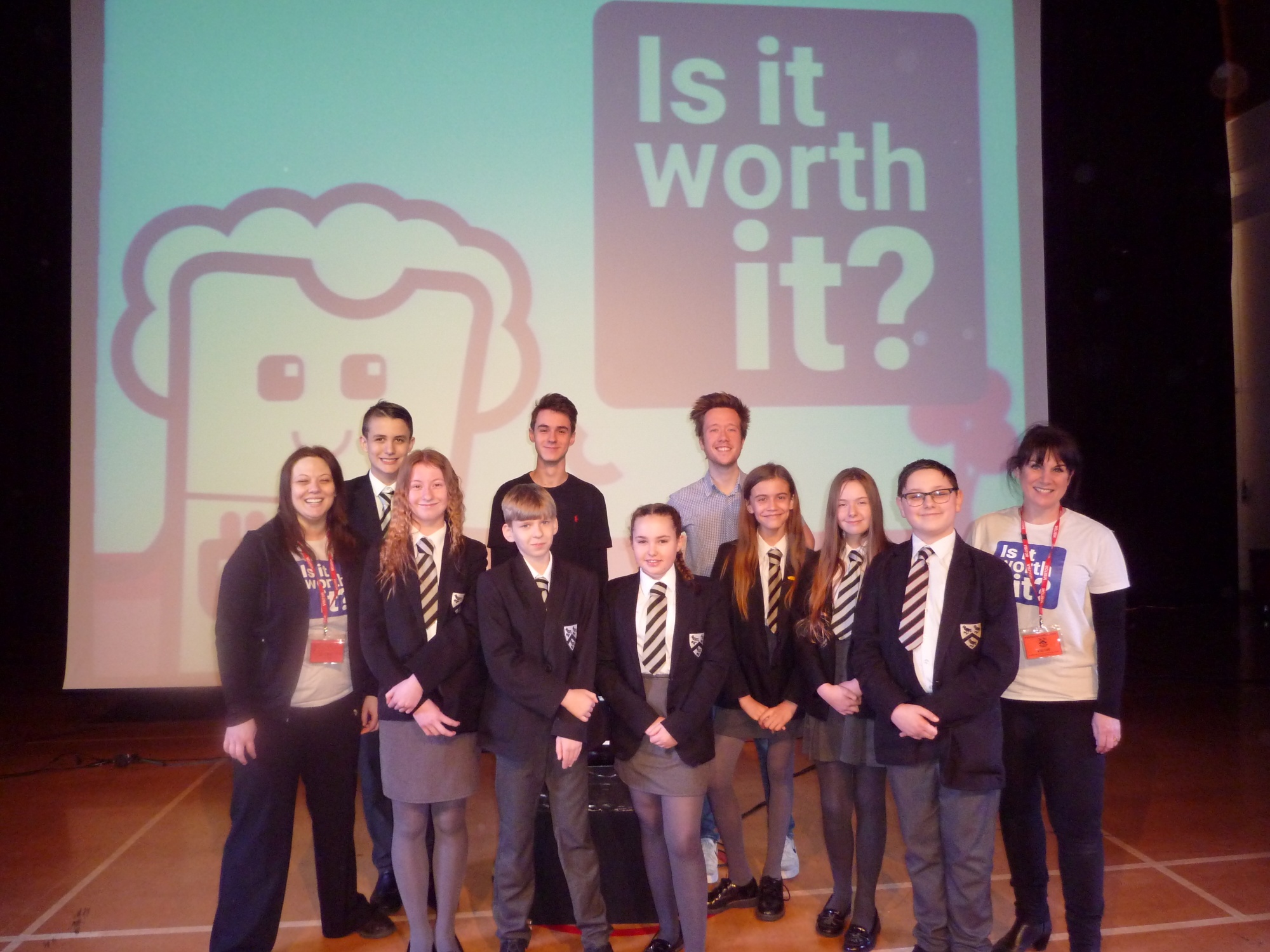