Cromer student Hannah Davies  competed in the PUMA Taekwondo International Open Championship in Swindon on 16th February and walked away having taken the bronze medal in the 14-18 category. Hannah, a Year 11 Red Tie Prefect, is a first Dan black belt and took the sport up 10 years ago. Hannah said “I am unable to do sparring at the moment due to an injury but I really enjoy patterns which is what this medal is for. I’m really happy with the outcome and look forward to my next competition so see if I can pick up any more medals”. Taekwondo is Hannah’s passion but also says she is going to have to let it take a back seat for a little while – until, at least, she has completed her GSCE’s this summer. 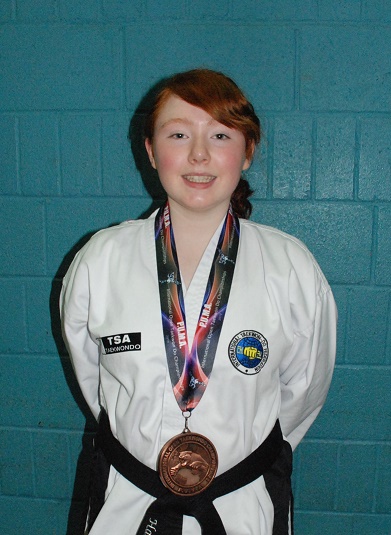