On the morning of Thursday 23rd July, 43 year 8 students and their teachers were heading into Europe.  They were visiting  Ypres in Belgium to learn about the events that took place there 100 years ago in World War One.  They had a packed schedule – visiting cemeteries, battlefields, museums and attending the Last Post Ceremony.

On the morning of Thursday 23rd July, 43 year 8 students and their teachers were heading into Europe.  They were visiting  Ypres in Belgium to learn about the events that took place there 100 years ago in World War One.  They had a packed schedule – visiting cemeteries, battlefields, museums and attending the Last Post Ceremony.
We visited 2 Commonwealth cemeteries -  Lijssenthoek a cemetery based next to a military hospital and Tyne Cot – the biggest Commonwealth cemetery in the Ypres area.  At both cemeteries our guides told us the stories of some of the individuals buried there.  Students found these accounts very moving.  They were also surprised how beautiful these cemeteries were.  With their spotless white headstones, and stunning red roses – they looked lovely in the summer sunshine.  We also visited a German cemetery, Langemarck, which contrasted in many ways and students were able to explore and discuss different ideas of remembrance. 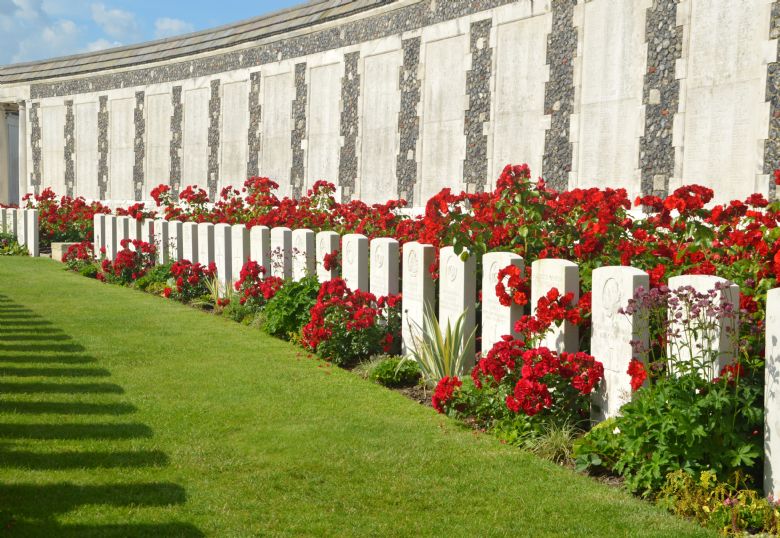 Students also visited Bayernwald, a network of German trenches, where students were able to gain a greater understanding of what life in a trench really involved.  We visited Passchendaele museum, where Jos Fotheringham- Bray was dressed up as a world war one soldier.  Students were also able to look at and handle artefacts from the war.

We went to Vancouver Corner and Hill 60 where students learnt about new tactics eg the use of gas and mining in World War One.
At the end of the day, students had time for some refreshments and chocolate shopping in the centre of Ypres before moving to the Menin Gate.   This was the most poignant part of the trip for all of the students.   The Menin Gate is a memorial to all of those soldiers who died in the Ypres area, but whose bodies weren’t found.  Their names are carved onto the gate.  Over 54,000 names are there.  There was not enough space for all the names so many more are on special panels at Tyne Cot cemetery.    3 students had researched family members who had died in Ypres and who were remembered on the Menin Gate.  They were able to find their names and have a moment of quiet remembrance.  Then at 8pm we all watched the Last Post Ceremony – a ceremony that has taken place every day (apart from during World War Two) since 1928.  3 Fulston Manor students – Toby McGinn, James Harvey and Libby Glover took part in the Last Post Ceremony.  They laid a wreath on behalf of the Fulston Manor group to remember those who died.
It was a long, exhausting, but ultimately incredibly rewarding day with all students really developing their knowledge and insight of World War One. 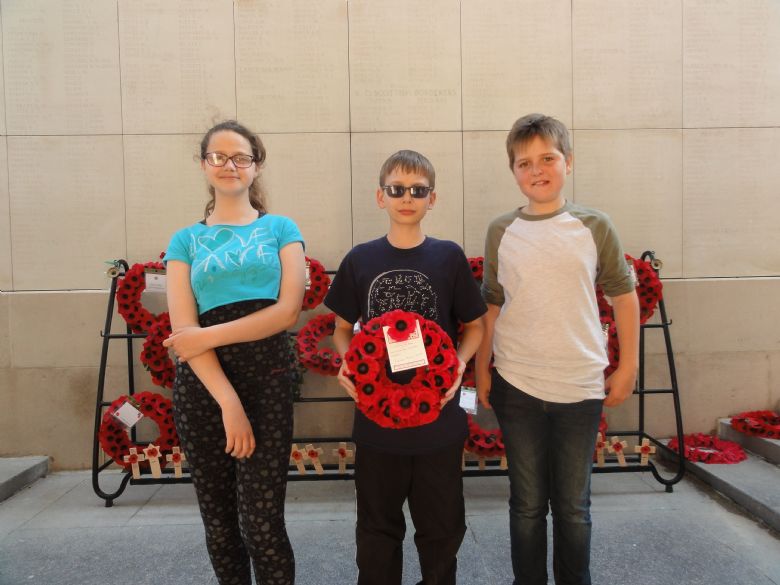