Every year, since 1994, students and staff have organised a Stayawake event to raise money for Lepra.

Every year, since 1994, students and staff have organised a Stayawake event to raise money for Lepra.  Lepra is a UK-registered international charity focusing on people who are trapped at the intersection of disease, poverty and prejudice. The popular fundraiser sees 6th Formers and staff make sure they stay awake between 7.00pm and 7.00am and ask for sponsorship from family and friends. Last November saw the best ever night for fundraising and was a fantastic way to celebrate the schools association with Lepra on their 25th Fundraising Anniversary. Cake baking, football, Zumba and a silent disco were just some of the events running throughout the night to keep everyone awake. Yasmina Beckett Cole, Community Fundraiser for Lepra, accepted the cheque during an assembly on 27th February, for a whopping £6000 and told the 6th Formers “Because of students at Fulston another 240 children and adults can smile again and have hope for a better future. We cannot thank you all enough and are so grateful that over the past 25 years students have donated an amazing £64831.24 – more than any other organisation in the UK”. Miss Davies said “What an amazing Silver Anniversary it was for us – each year we are shocked at the generosity of people. A special mention must go to Harry Hubbard who raised £130 on his own and accepted a wall plaque from Yasmina as a token of Lepra’s thanks”. 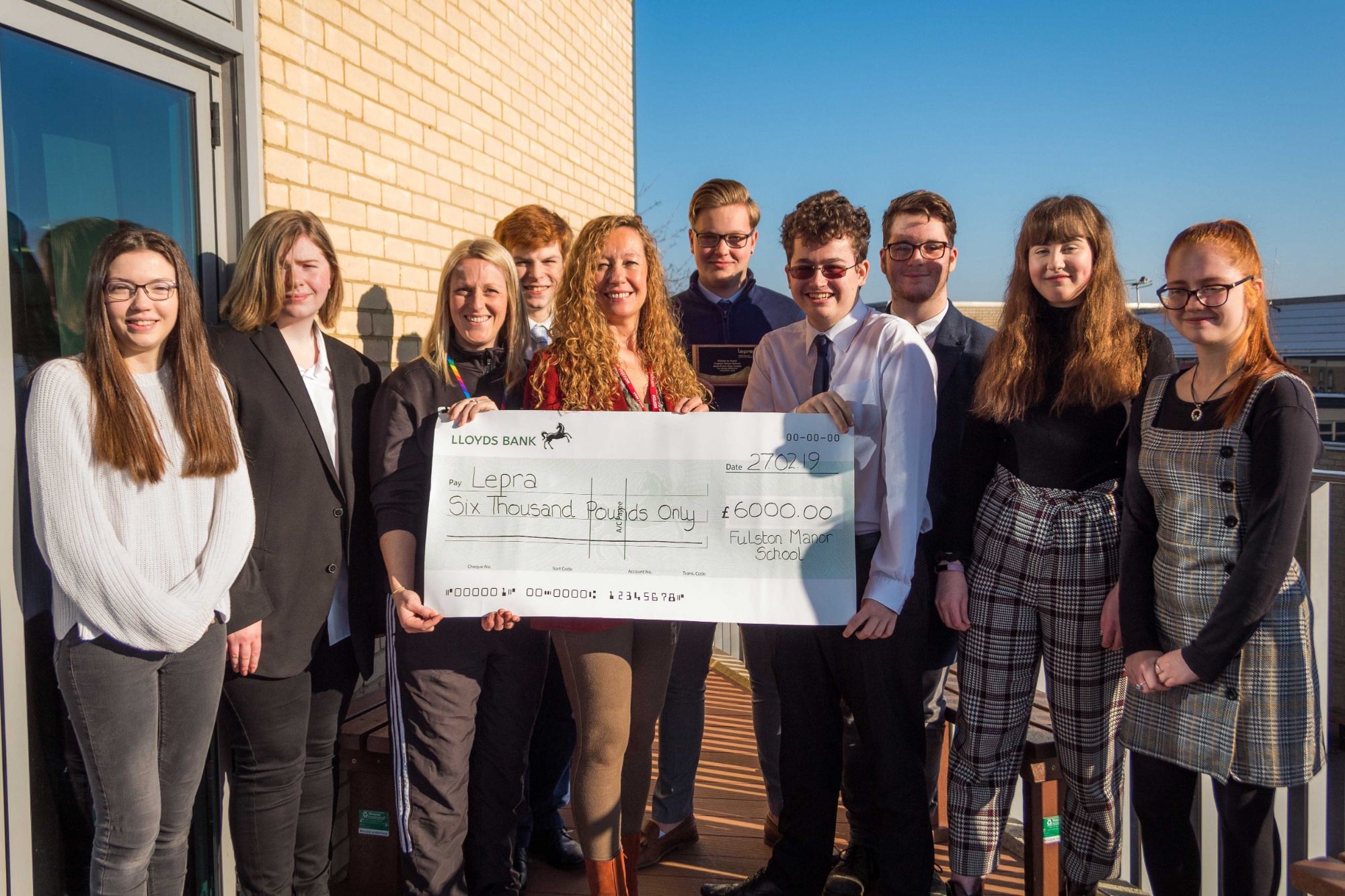