On Thursday 20th June, the library held its first Manga Lunch, an idea that originated in our fortnightly Manga Club.  Anyone interested in Manga could come and talk to other students and find out which series were being enjoyed and recommended.  The lunch included a fun quiz about Japan, a manga art competition, an origami table with an instant prize for the best attempts, manga faces to have selfies taken with and a little bit of Japanese language thrown in.  The students also had the opportunity to taste wasabi or soy seaweed thins and, something nicer, Pocky chocolate sticks.  45 students attended, “Brilliant, brilliant, brilliant” and “6 out of 5, when can we do it again” were some of the comments.  I’m sure we will be doing this again next year. 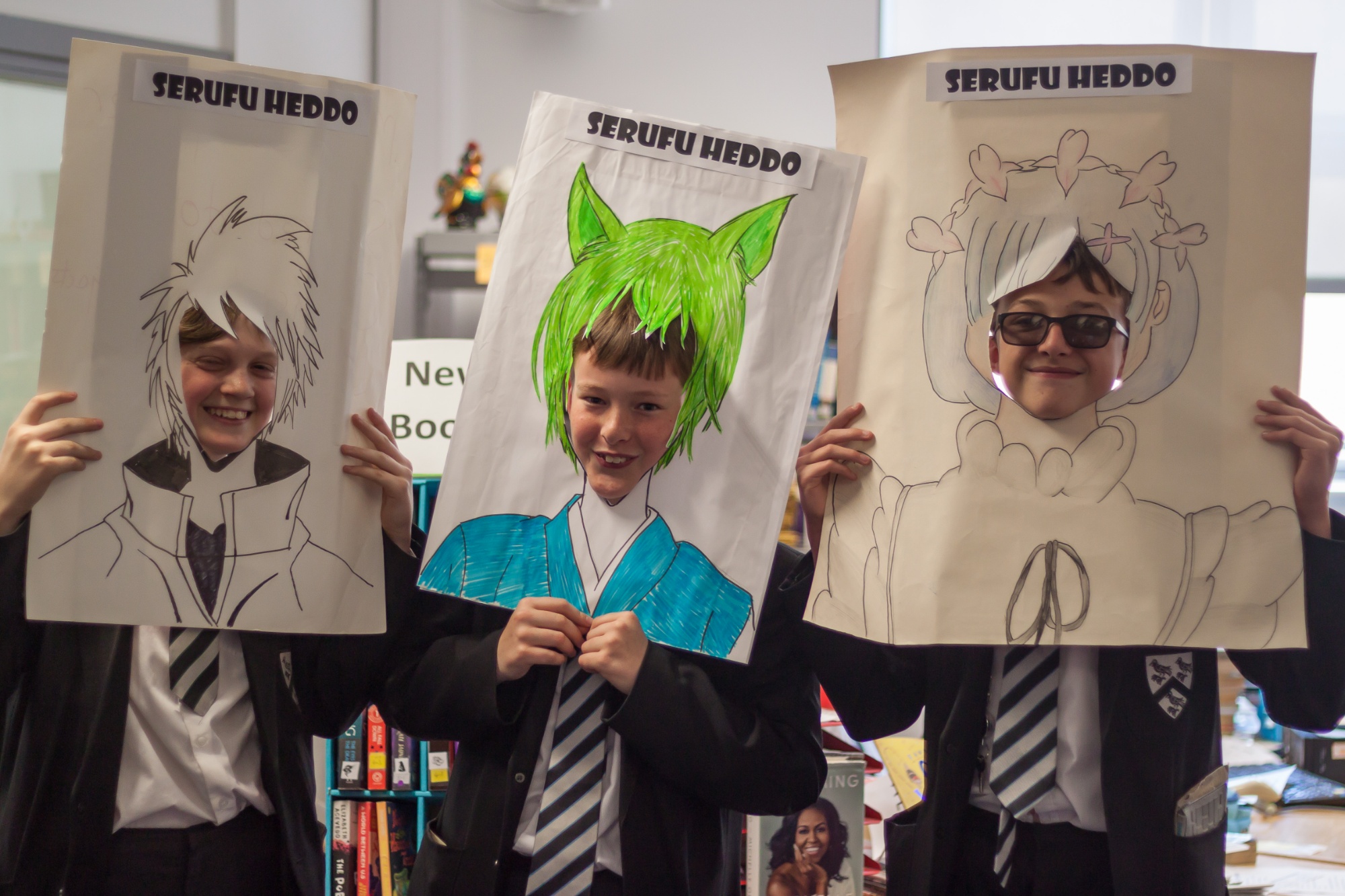