Where Are They Now? - Stuart Baker

I left Fulston Manor in 1990. I was a senior prefect, and a member of Morrison house, who I’m sure are still the best! At least better than Hales….

I left Fulston Manor in 1990. I was a senior prefect, and a member of Morrison house, who I’m sure are still the best! At least better than Hales….

I got average results in my GCSE’s, mostly because I was poorly prepared for my exams - on a number of occasions I forgot to bring my pencil case to the exam hall….. Still, you live and you learn….

In 1990, when I left Fulston, the UK was going through a deep recession, business was tough for my parents and they couldn’t support me going to University, so I spent 4 years at Canterbury College studying building and construction. I ‘graduated’ with a Higher National Diploma (HND) in Construction studies, and two months later found myself working as an Assistant Surveyor on the worksite for the new Jubilee Line Extension in London. Up to my knees in mud, working on a new London Underground Line. It was challenging work and a steep learning curve but I worked hard and slowly climbed the ranks from Assistant Surveyor, Surveyor, and eventually to Instrumentation Engineer. My work eventually involved installing complex sensor system and instruments that measured how existing structures behaved during the tunnelling process underground. I loved every minute of it.

I was then asked by my employer, a French civil engineering contractor, to front a new company called Soldata. Soldata were a French organisation, already based in Paris, but with aspirations for rapid growth. They specialised in the installation of sensors for managing construction related risks. (I’m simplifying this greatly but in a nutshell it was computers, robots and satellites, that sort of thing

Soldata grew in the UK and our success continued from just myself at the beginning, to over 100 employees at one point, turning over in excess of £7M a year. In 2017 we merged with a number of other companies, rebranded as SIXENSE, and we now turnover about $65M a year, have over 300 Employees and offices in 20 countries.

My job has seen me travel all over the world. I’ve worked in Dubai, Abu Dhabi, Hong Kong, Seattle, Melbourne, Bucharest, Athens and most of central Europe. I now prepare tenders for major projects and help develop the business both in the UK and abroad. It’s still hard work, sometimes long hours, and always a challenge. But it’s also a lot of fun and I work alongside some great people. It’s very fulfilling to know that I’m contributing towards building infrastructure that helps society or helps to preserve heritage structures that form important parts of our history.

To relax I enjoy cooking, gardening, and washing the car. It might sound strange but at this time of year I really enjoy getting up early on a Sunday and washing the car whilst the air is still cool. I’ve always enjoyed music. Anyone reading this who was in the same year as me at Fulston Manor, might remember me doing the occasional school disco. Well that disco served me well; It taught me a number of lessons before I went into business properly, including customer relations, negotiation, pricing to your market and being an ambassador for your business. I would encourage anyone who has the chance to do something simple to earn a little extra pocket money on the side like I did, to go ahead and do it to the best of your abilities. It’ll teach you a lot at a young age and prepare you well for the future.

My love of music and DJ’ing got me a show on the local radio station, SFM, for a few years. I presented the Sunday Breakfast Show and ‘The Weekender’ on Sunday Nights. I covered ‘Drivetime’ occasionally as well. I love radio, so two years ago I started a project to launch a radio station In Maidstone. We appealed for volunteers using social media to help us launch the project, and we now have a team of about 30 volunteers. We’re just finishing our studio build and will go ‘on air’ towards the end of this year. If you’re interested in finding out more just look for ‘wearemaidstone’ or ‘Maidstone Radio’ on your socials.

I got married in 2004 to a beautiful girl from Cape Town. We visit South Africa quite often and I love it. I consider cape Town to be my second home. We live in Park Drive and my parents still live in Highsted Road -whenever I travel from home to see my folks I drive past Fulston Manor and am often reminded of the good times I had at Fulston Manor, and I wonder, if Morrison….. are still better than Hales. 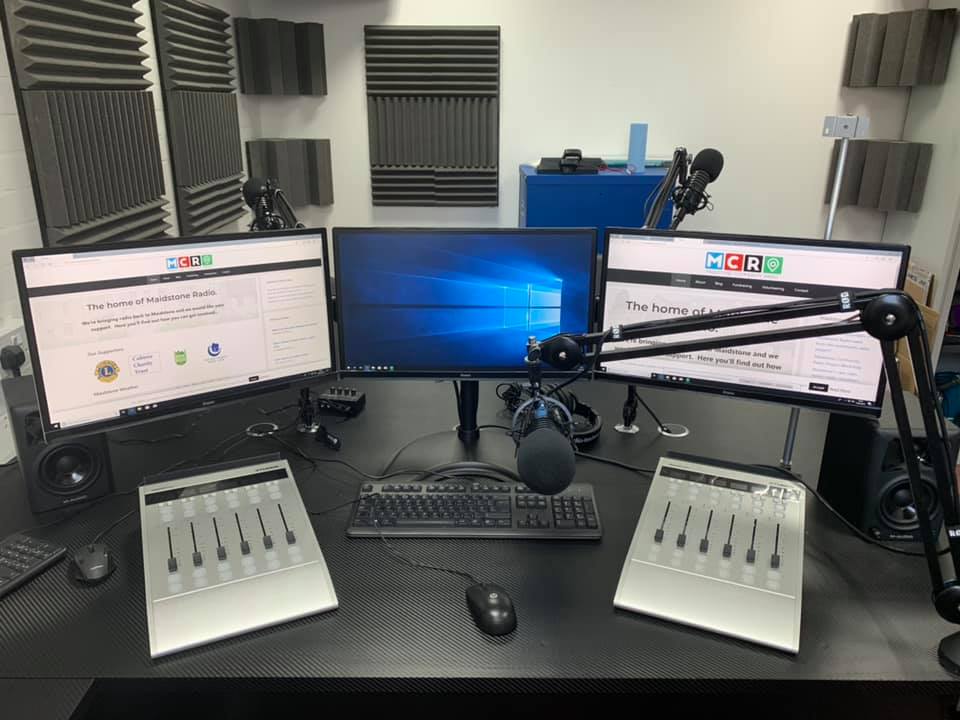