Year 11 student, Adrian Angol-Henry was delighted to be asked if he, together with his Air Cadets Squadron to help at this years Pride of Britain Awards.

Year 11 student, Adrian Angol-Henry was delighted to be asked if he, together with his Air Cadets Squadron to help at this years Pride of Britain Awards. Adrian said “I’ve been in the Air Cadets since 2016 and been in 3 different squadrons in London, Surrey and Kent. On 28th October 2019, I had one of the best experiences in my air cadet life. I was one of 60 Royal Air Force Air Cadets, from Maidstone, Kent; Battle in Sussex and Braintree, Essex who got to line the red carpet at the Grosvenor Hotel, Central London to form a Guard of Honour for the Pride of Britain Awards 2019. Out of 32,850 cadets in 952 squadrons, I was extremely lucky to be one of the 60 picked. I spent several exciting (but cold) hours on the red carpet and got to meet very important celebrities such as Sir Vince Cable, Jeremy Corbyn, Hon. Gp. Capt. Carol Vorderman (the first female Honorary Group Captain in the RAF and “national legend”), Ore Oduba from The One Show, Craig Revel Horwood, Harry Kane, Philip Schofield and Simon Cowell and it was an incredible opportunity for me to represent my squadron at such a high-profile event”. Adrian continued “Selected cadets from our squadron got to attend as we were nominated for the 2019 Lees Trophy Award (for the best squadron in London or the South East). Many of the award winners talked to me and other cadets about “our impressive commitment on that cold evening” and I even got a few pictures with them! It’s one of the best things I’ve done in the cadets (apart from flying!) and it was a very exciting evening”.

The show, which aired on ITV at the start of November was viewed by television audiences of over 5 million people. And our Adrian was there!! 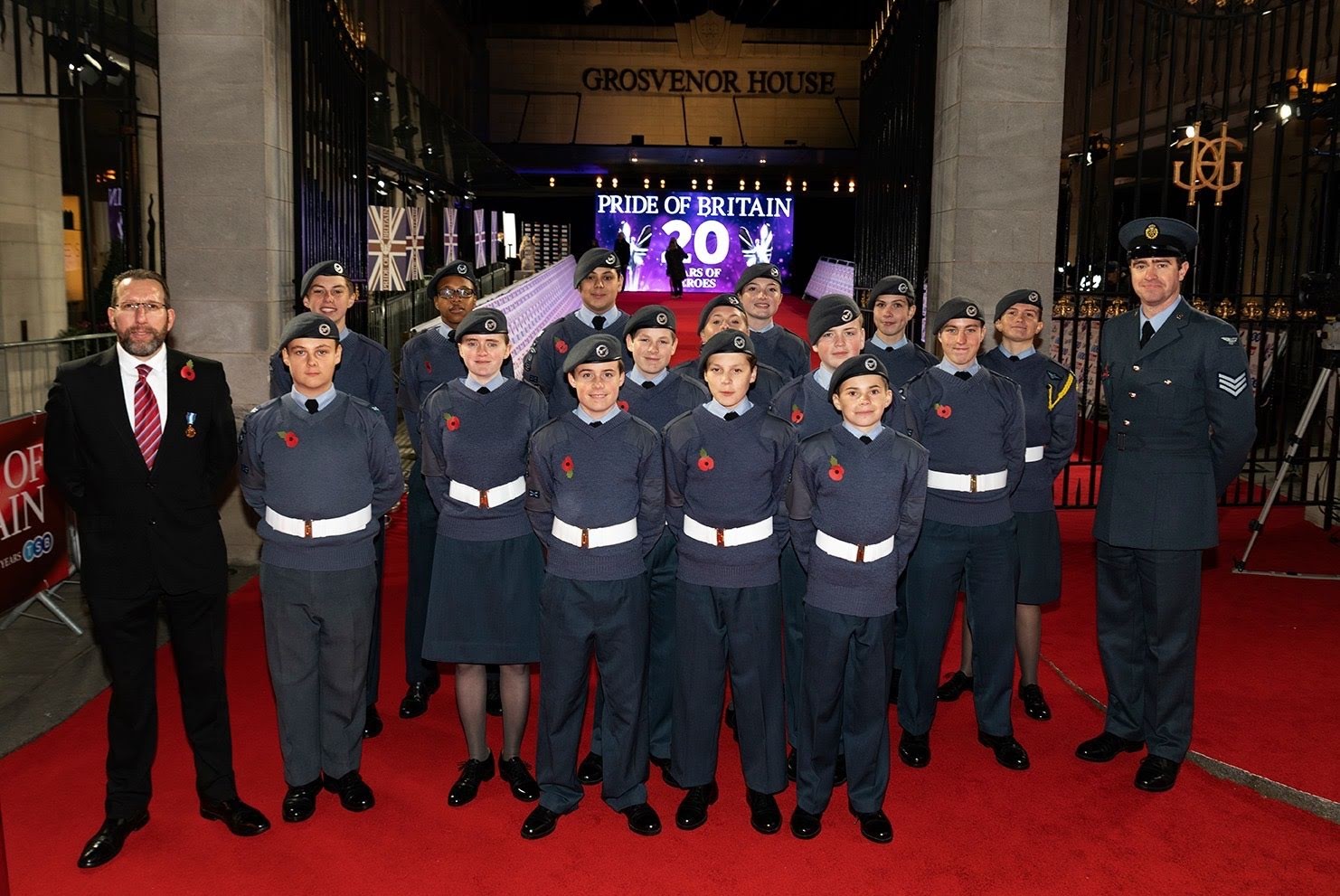