Chloe Gets Her Skates On

Year 12 student, Chloe Hardy, is a whiz kid on the ice.

Year 12 student, Chloe Hardy, is a whiz kid on the ice. Having skated since she was five years old Chloe trains in her chosen sport for at least a couple of hours, five days a week at the Gillingham Ice Rink. She has skated in the British Championships and is hopeful to be chosen again when the qualifiers happen next January. In the meantime the fearless ice maiden has been showing off her skills around the county when Christmas outdoor ice rinks are opened, with Canterbury her next showcase on the 29th November. When opening the ice rink near Tunbridge Wells the heavens opened and Chloe found herself skating through water. But the rain didn’t stop play and Chloe, being a true professional, powered through the rain drops.

The future is bright for the Fulston Manor School student and she would dearly love to combine her passion for skating with being a coach and to also train as an osteopath at the European School of Osteopathy based in Maidstone. 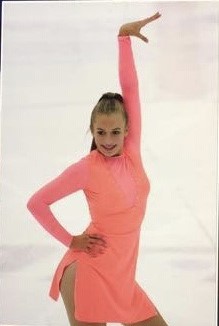