Morrison House student, Adrian Angol-Henry, has entered the world of marketing by helping out influential computer company, Kano. Kano is a computer anyone can make. It's the simplest way for all ages to build a computer, learn to code, and create with technology and Adrian became involved with them at the tender age of 7 when he visited the Bett Show in London. Being an inquisitive child, Adrian, began speaking to other children on Kano’s stand, not knowing that they were the children of the then Education Secretary, Michael Gove. Kano were impressed with Adrian’s attitude and thirst for knowledge and took his details. The rest, as they say, is history and Adrian has been testing and advising the company since then. Last year Adrian, now in Year 11, starred in a promotional video for Kano which has already had over 1000 views on YouTube. On Saturday 18th January Adrian was delighted to receive one of the company's laptop computers which he has agreed to review and gets to keep. Adrian said “They are a great company and I have learnt so much about coding and building computers”. A talented student, Adrian excels in Music, Journalism and Computing but his ambition is to become a Paediatric Consultant! With his drive, ambition and can-do attitude we can all see this happening in the future. Well done Adrian. To view the YouTube video please follow the link https://youtu.be/HgqdbBLwgNI 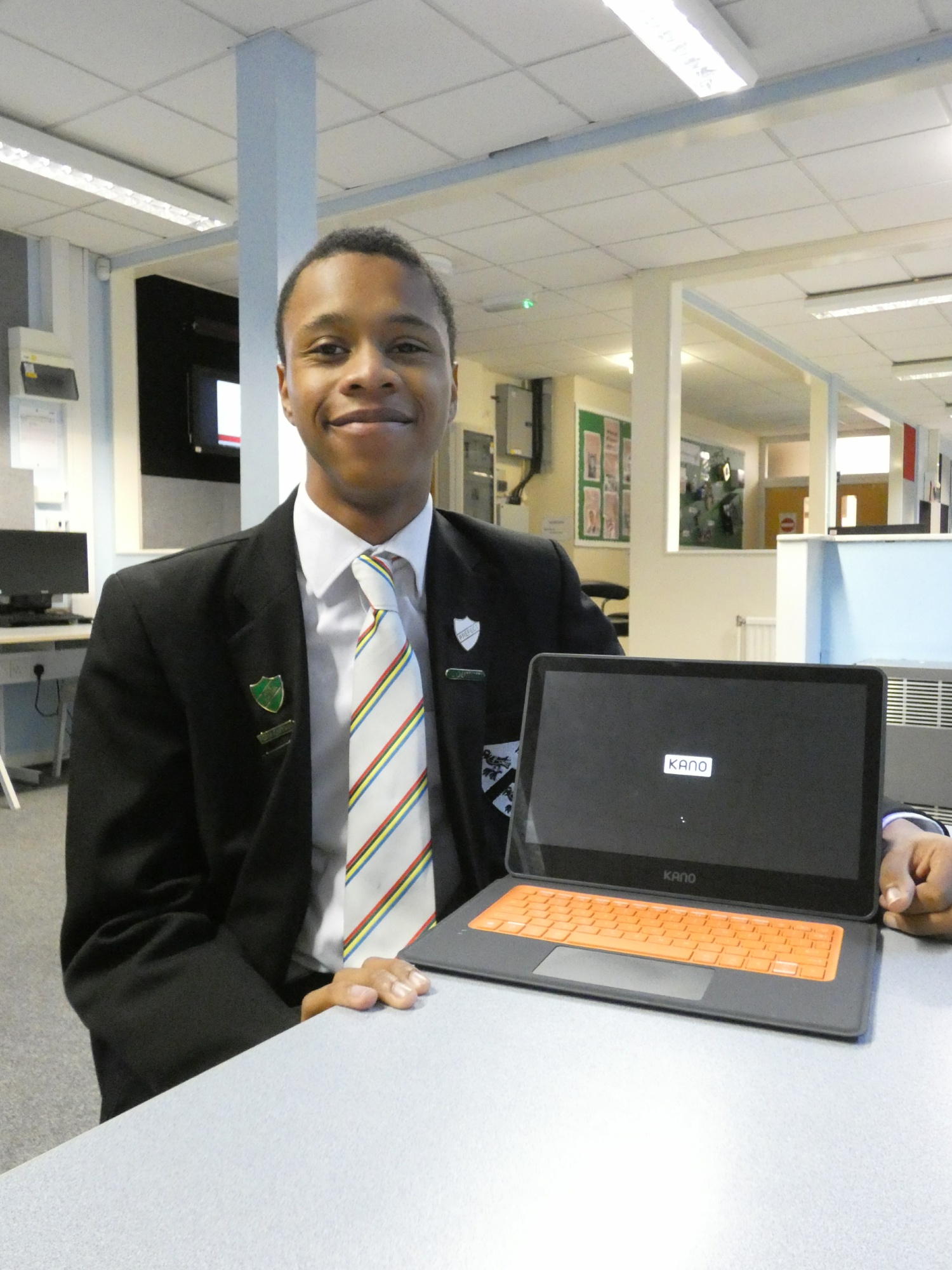