Hales student, Louis Ashford, made a supreme comeback in the Inter-Counties Cross Country Competition in Chelmsford on Saturday 1st February.

Hales student, Louis Ashford, made a supreme comeback in the Inter-Counties Cross Country Competition in Chelmsford on Saturday 1st February. The Year 9 boy, whose twin brother Finn had had to retire from the race due to ill health, raced in the Junior Boys Competition (Year 9&8) for the Kent School’s Cross Country team alongside teams from Hampshire, Berkshire, Surrey, Essex and Sussex. Approximately, 100 boys were in the race. The big incentive for Louis was that the two top Kent finishers would gain automatic qualification for the English Schools Cross Country Championships in Liverpool.

Louis had a game plan but it went out of the window when he tripped and fell over another competitor who went down at the start. He was in last place after 300m and about 90th at 600m. However, Louis didn’t panic, got his act together, raced well and finished an amazing 17th place. Louis’ Dad, Neal, said “We are delighted to officially announce that Louis came first in the Kent boys and has qualified for the English Schools Cross Country in March. It was a shame Finn couldn’t race but he will be back on his feet soon challenging his brother again. Louis is very excited and we are very proud”. 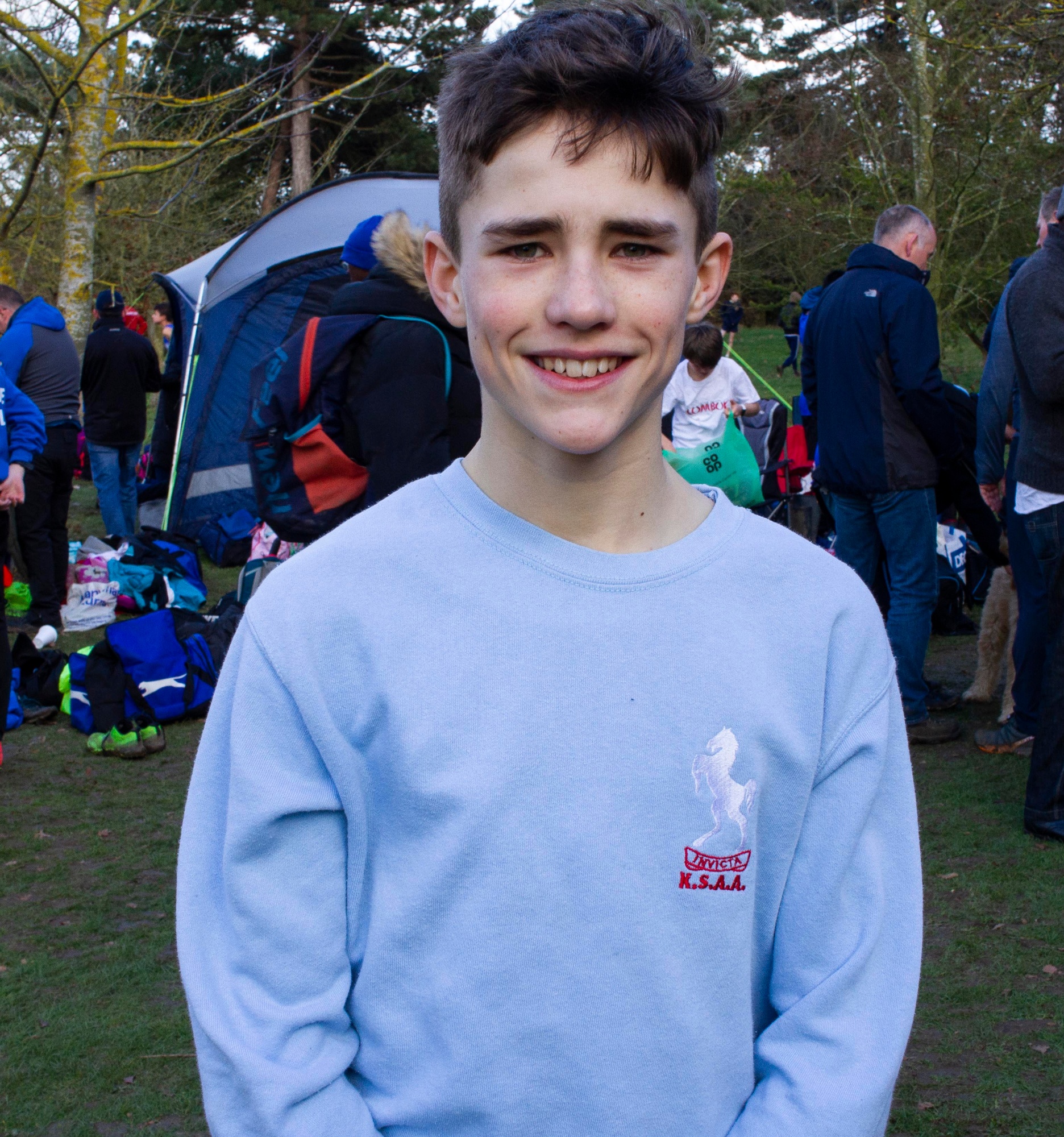