Jenner Continues To Make His Mark On The Greens

Talented bowler, Isaac Jenner, was chosen to represent the U25 England squad at the test series held in Wales in February.

Talented bowler, Isaac Jenner, was chosen to represent the U25 England squad at the test series held in Wales in February. Isaac’s debut was on the last day of the series after the team had lost to Ireland the day before and a draw with Scotland which they needed the win to secure second. An overall good win over Wales, made sure of the second place.

Isaac has since remained very busy with his bowls. He has recently represented his Club, Swale, in the Men’s County double rink competition in which they won against Oyster Whitstable in the final on Saturday afternoon.

He then travelled to Northampton for the finals of the National Under 18’s Singles. The last 16 youngsters competed in a round robin style competition in the morning, with Isaac topping his group, securing a place in the semi’s. Isaac went on to win the two sets of 9 ends for a place in the final. The other finalist being fellow Kent and International bowler Joe Vandepeer, also good friend. Isaac won the first set, but lost the second which took the final to a 3 end tie break. Again Isaac secured the first end win. He then narrowly lost the second, taking it to the 3rd and final end where Isaac sadly lost. Isaac was pleased with his performance and said he couldn’t have lost to a nicer person. Both boys made it an amazing and worthy final. Well done Isaac.

Sadly the EIBA have now postponed all other national finals which were due to take place over the coming 3 weeks in Nottingham for the safety of players and spectators. 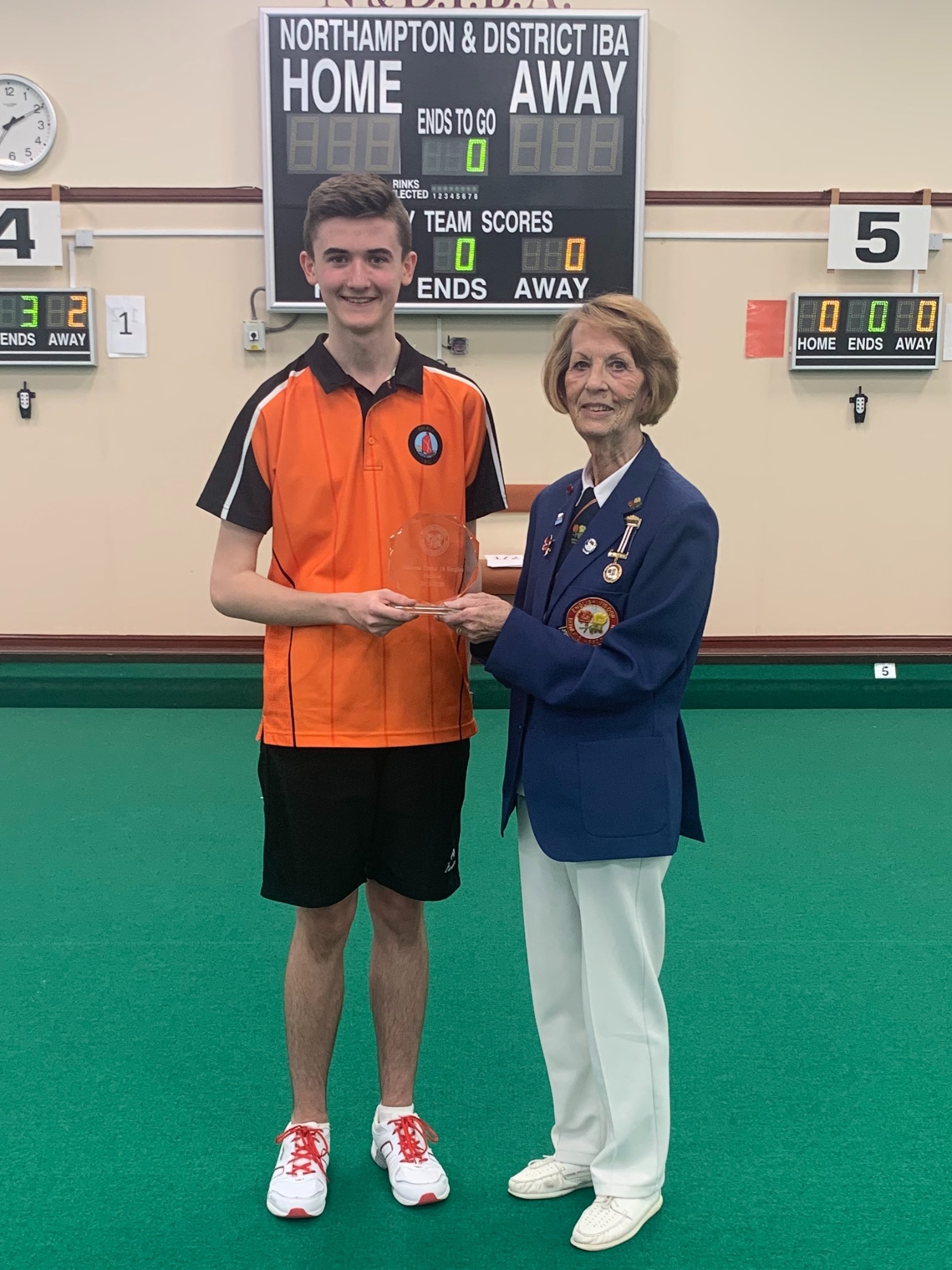