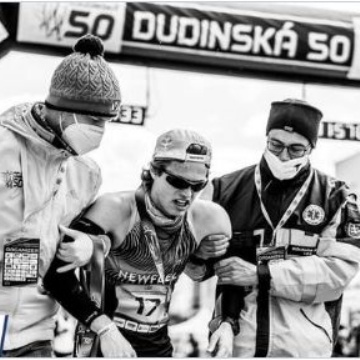 Ex-student, Cameron Corbishley, still has his sights set on competing in this years’ Tokyo Olympics. Having dreamt, since school, of excelling in his chosen sport, Race Walking, Cameron has been part of Team GB for many years now, racing in many events around the world. He is presently ranked 36th in the UK at race walking. Cameron, 24, recently travelled to Slovakia and, despite only just recovering from a tendon injury in his foot, managed to complete the 50k race in 3:54:15 finishing in a very respectable 15th place. Cam said “ it was such a tough race. I was recovering from an injury and just pushed myself too hard. The last few kilometres were gruelling and I just hit a wall. I managed to make it to the finish line but then collapsed and needed help moving out of the way from the other athletes behind me. I really couldn’t feel my legs”.

Being a top level athlete is no easy ride for Cameron who works full time as a Call Handler for the Ambulance Service in his adopted home of Cardiff. Being a Call Handler, Cameron is doing a job he really loves and told us that he took a call from a father-to-be advising, and talking through, the delivery of a baby on the phone which has been an amazing highlight of his working life so far. Luckily shift patterns means that Cameron works roughly four days on and then four days off enabling him to continue his fitness regime. His coach and nutritionists work tirelessly to ensure Cam is at his fitness peak as he is very much hoping to be elected to race in Tokyo.

Asked if he looks up to anyone from the race walking sport, Cam immediately said Tom Bosworth a fellow race walker who has battled COVID-19 and has already qualified for Tokyo. Cam said “ I’ve know Tom for years and we are now at the stage where we encourage and give advice to each other. He is very talented and has overcome some serious health battles in the past year to get where he is today”.

Staff at Fulston would like to wish huge amounts of good luck to both Cameron and Tom on their Olympic hopes and dreams.