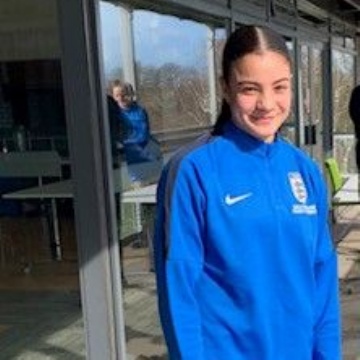 Year 10 student, Daniella Way already plays football for the Gillingham Ladies squad but last weekend she was invited to take part in the FA Lioness Talent Pathway event at the University of Warwick. Daniella said “ We had a great time and were there from 10 in the morning until 4.15pm. We completed training and then played a few matches and I am hoping to be chosen to play for them in the future – hopefully during the next football season”.

Daniella felt that she impressed the talent scouts, so now it’s a waiting game to see if her football career is going places. Good luck Daniella – we are watching you!