After what can only be described as a hugely unsettling and complicated 18 months, all staff and students are pleased to be at the culmination of their endeavours.  There is no doubt that after last year’s hugely complicated awarding process, the TAG process of this year has hopefully presented a much fairer response.  Staff and students at Fulston Manor are celebrating a set of A Level Grades which have resulted once again in over 60 students being offered places at university. Continuing the trend of recent years, increasing numbers of students are choosing to attend universities right across the country and, as can be seen below, the range of courses studied continues to grow.

Many students achieved excellent grades and details of just some of the successful ones are listed below alongside the universities they are attending in September.

Claudia Bennett – Royal Holloway, Law with Politics (A, B, C)

Hannah Davies – University for the Creative Arts, Film Production (A, A, A, C)

Megan England – University of Exeter, Environmental Science (Dist*, A*, B)

Caitlin Fuller – University of Kent, English Literature (A, B, B)

Tobias McGinn – University of Liverpool, History and Politics (A*, A*, A)

Head of School, Susie Burden was very pleased for all of the students. “It is good to see so many students achieving the grades they needed to progress on to the next stage of their lives. We are immensely proud of the success of our young people and for all they have done to get through an incredibly turbulent year and we wish them all well for the future.”

Hannah Davies, 18, was delighted with her results and said “I am so pleased with my results. The past year has been really hard but it was made much easier by my teachers and the support they gave us. Working from home had it’s challenges but the hard work has paid off and I’m now off to Uni”.

James Harvey, who is now on his way to Oxford, said that the year had been a blur and he couldn’t remember much of it! Blur or not James has done incredibly well and Fulston staff are very proud of him. 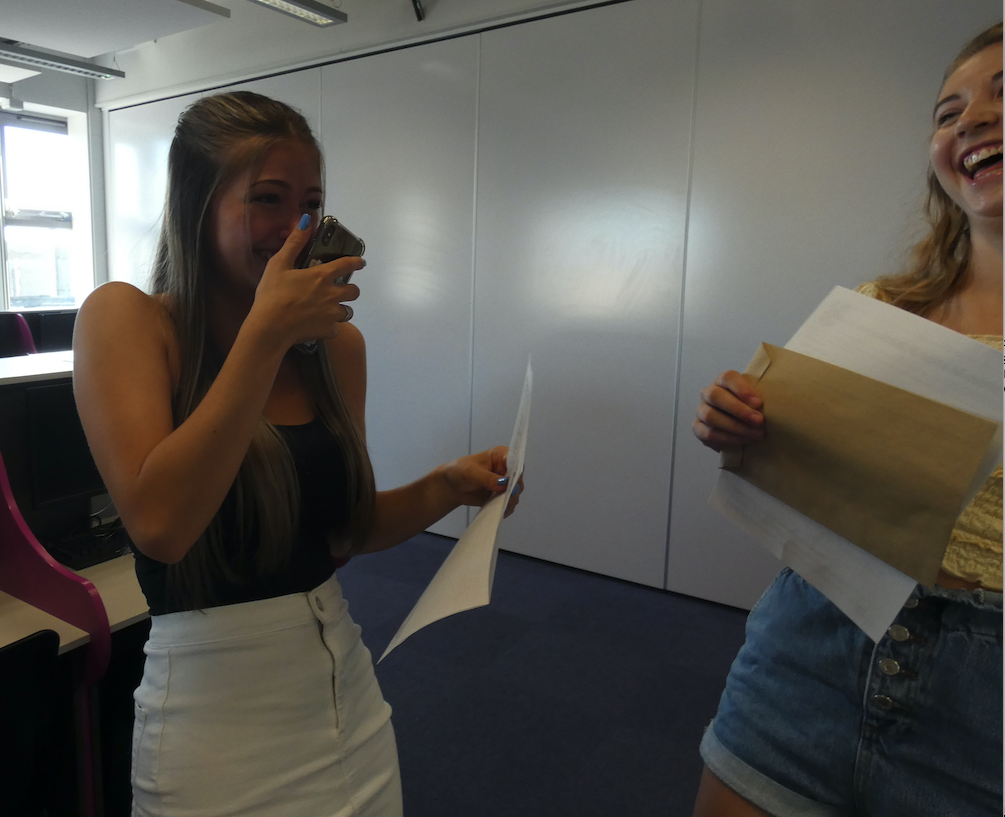