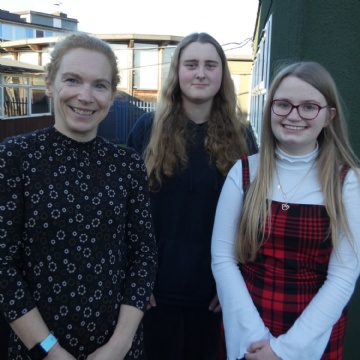 Year 9 students were in for a treat on Wednesday 12th January when, instead of their normal History teacher, they were faced by two 6th Form students Bethany Hook and Kathrine Pike who were taking control of their lesson. Supervised by Mrs Wisbey, the girls produced a splendid and very informative lesson on the Holocaust. Bethany and Kat covered the definition of the Holocaust, the number of innocent people murdered and described the historical events. The girls also organised an interactive programme where they were able to speak to a Holocaust survivor, Kitty Hart-Moxon and the students learned about her experience.

Bethany said “The main thing I took from this project is the importance of humanising the victims and perpetrators. It is easy to just think of the Holocaust as some historical event but we must think about the deeper meaning behind it. Every victim was an individual with their own lifestyle, their own customs and traditions, their own story. Defining them just by a statistic stops us from realising the true horrific nature of the Holocaust. Similarly, the perpetrators were not just some villains or monsters but were people who made choices for varying reasons”.

Year 9 student, Liam Sherrif said he really enjoyed the lesson saying “It was great. It was different being taught by another student and it was really interesting. I learned lots of new facts. Bethany and Kat did really well”. 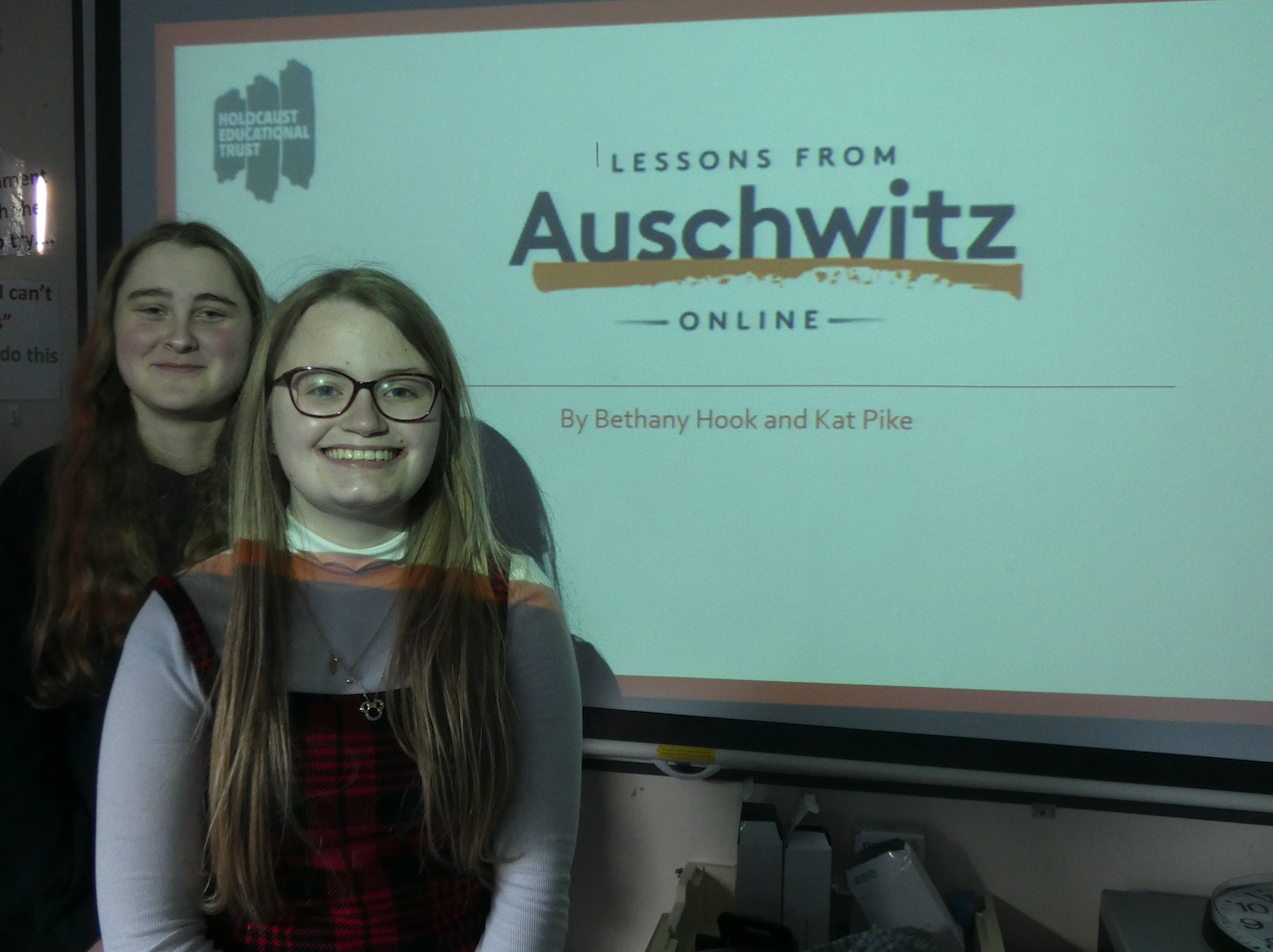 Mrs Wisbey was equally impressed saying “Bethany and Kat had obviously worked really hard on their presentation. It was brilliantly planned with a great combination of information, photos, written resources, interactive video and lots of opportunity for discussion. They posed many thought provoking questions and from speaking to the students as well as the full class feedback I could see how engaged the students were. They handled a very challenging subject with great sensitivity, allowing students the time and space to be able to come to their own conclusions without telling them what to think. The girls managed the class well, spoke clearly and with enthusiasm. Overall a really impressive lesson – well done girls”!