The full school assembly on Friday 9th December was dedicated to the charity Lepra. Lepra is a UK-registered international charity focusing on people who are trapped at the intersection of disease,  poverty and prejudice. Sixth formers Jess and Ryan presented a cheque for £5467.37 to Yasmina Beckett Cole from Lepra and explained to the audience of over 1000 students and staff how giving up one night of their lives raising money had saved the lives of over 218 people suffering from this horrendous disease. Jess said “Students and staff stayed awake from 7.00pm until 7.00am and although it was really tiring we had so much fun doing it and knowing it was for a great cause”. Miss Gemma Davies, Head of Sixth Form, said “We had loads of activities running throughout the night and we have been blown away at the amount raised this year. As each year passes we always want to raise just a little bit more but 2016 saw us smash the total. I am so incredibly proud of our students and want to thank them all”. 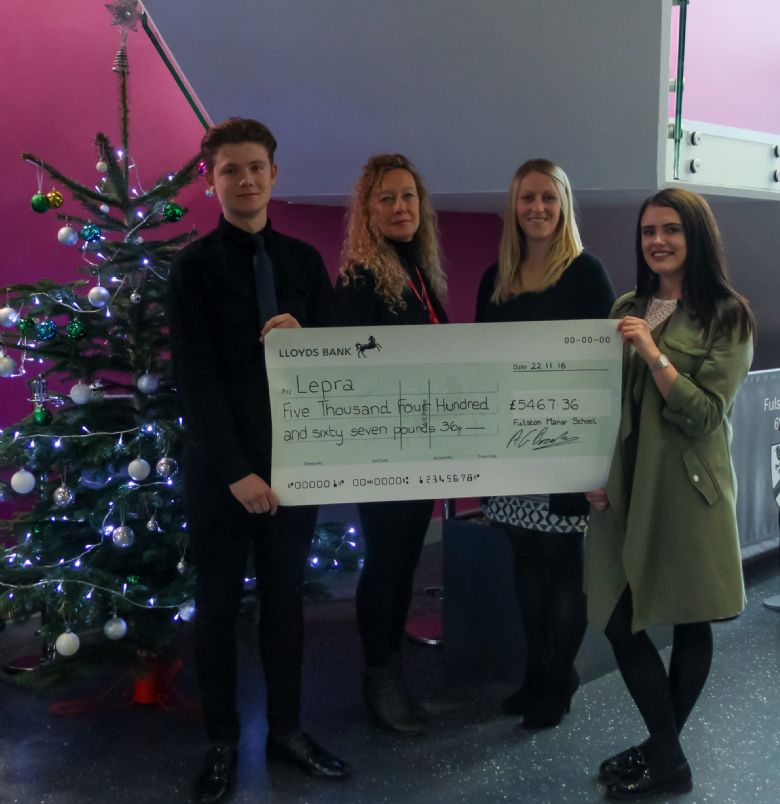