Year 12 students attended the launch of a new project called ‘Breaking the Myth’ organised by Diversity House in Maidstone on Friday 20th January.

Year 12 students attended the launch of a new project called ‘Breaking the Myth’ organised by Diversity House in Maidstone on Friday 20th January.  This is a 2 year project which aims to focus on the participation of Africans in World War One – an aspect of the war which has largely been ignored.  The students represented Fulston Manor incredibly well – they were very keen – listening eagerly, asking questions enthusiastically and even taking part in some African dancing!  Many different organisations were represented, but Fulston Manor was the only school there represented by students – this point was made a great deal of and there were many comments of how impressive Michael N, Tomisin, Temi and Michael V were. Tomisin said “If you don’t know your history you can’t be confident in your own identity and who you are” and Temi summed up the day by commenting “You can’t learn your history in 1 day.  Black history month/ or day isn’t enough – we have to learn it all the time”. Michael N was quoted as saying “There is so much power in being educated and in educating yourself” and Michael V was quick to agree with his peers and enjoyed the day immensely finding out a mass of new information. 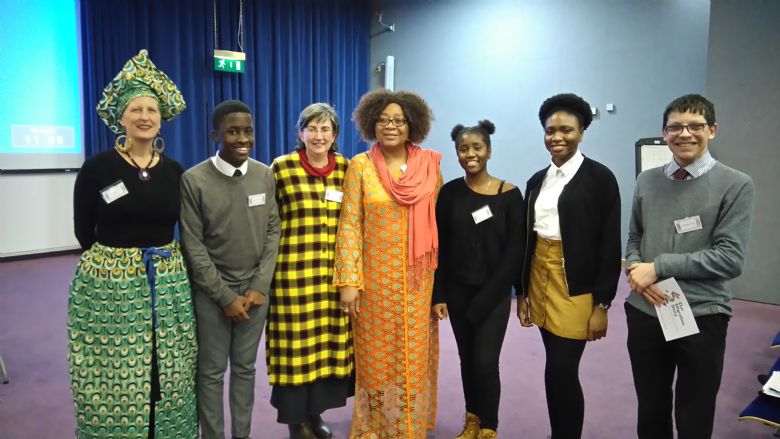