Where Are They Now? - Matt Godden

Matt Godden left Fulston in 2008 and immediately moved north to Scunthorpe United to pursue a career as a footballer.

Matt Godden left Fulston in 2008 and immediately moved north to Scunthorpe United to pursue a career as a footballer. After he had completed his two year apprenticeship, Matt was lucky enough to be awarded with a professional contract and spent the next 5 years as a professional footballer. However, Matt felt he needed to play more 1st team football and, as game time was limited at Scunthorpe, he moved back down south to Ebbsfleet United where he spent the next two years. In his 2nd season he scored 30 goals which meant he got approached by Stevenage Football Club. This is where Matt is currently and in his 1st full season which he is enjoying thoroughly.

Matt’s greatest achievement, in his eyes, was making his debut against Manchester United – no small feat for anyone!

Chatting to Matt he said “Although my main hobby is football my second has to be golf and I spend any spare time on the course. I have fond memories of school but Mr Gardner, Head of PE, was great. I got on really well with him and we still keep in touch. If I had any words of wisdom to pass on to present students it would be to never give up on your dreams. Set your goals and do everything you can to pursue them. All I ever wanted to do was play football when I was younger and I made sure I did all I could to make that happen. But, and this is important, I didn’t let my education slip as it’s something you will need in everyday life”. Fulston Manor School wishes Matt every bit of good luck in his career and we hope that he will revisit the school next time he is in the area. 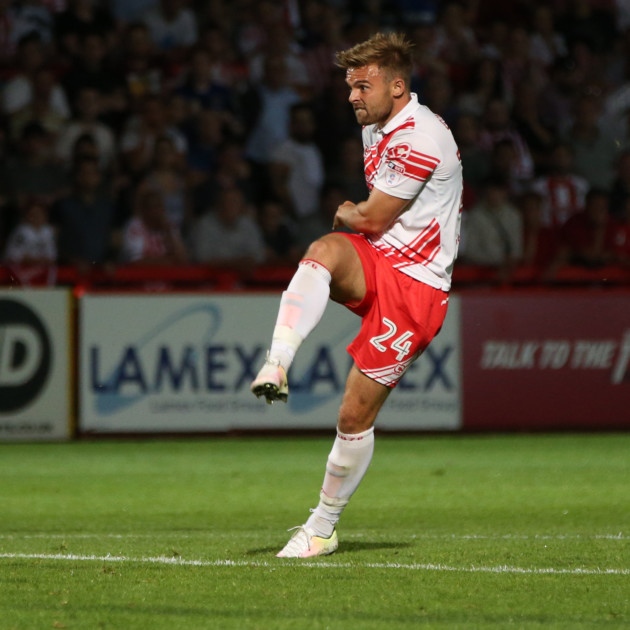