It was an early start on Wednesday 1st February for nearly 90 Fulston Manor students,

It was an early start on Wednesday 1st February for nearly 90 Fulston Manor students, who eagerly boarded their coaches to set off for a day in northern France.  Travelling through the tunnel, the Year 7 students arrived in Boulogne and headed for the weekly market where they were able to browse the local produce and make some purchases.  Despite the grey skies and avoiding the showers, a stroll along the main shopping streets was well received, and especially for some who went to a café and bought a cup of “chocolat chaud”, and others who sampled fast food French style and bought real French Fries!  After the morning’s visit, the group boarded the coach for a short journey to a chocolate making factory in the small village of Beussent.  Here they were given a tour and a talk about how chocolate is produced from the growing of the cocoa beans through to the finished article that goes onto the shop shelves.  The guide handed round tasters of cocoa nibs as well as a selection of the finished product, Miam Miam.  A visit to the on-site shop was an opportunity to purchase some of the mouth-watering products to take home before boarding coaches for the trip back to England. One of the students, Max, said “ It was a really good trip. I loved the chocolate factory and was able to say please and thank you in French!” 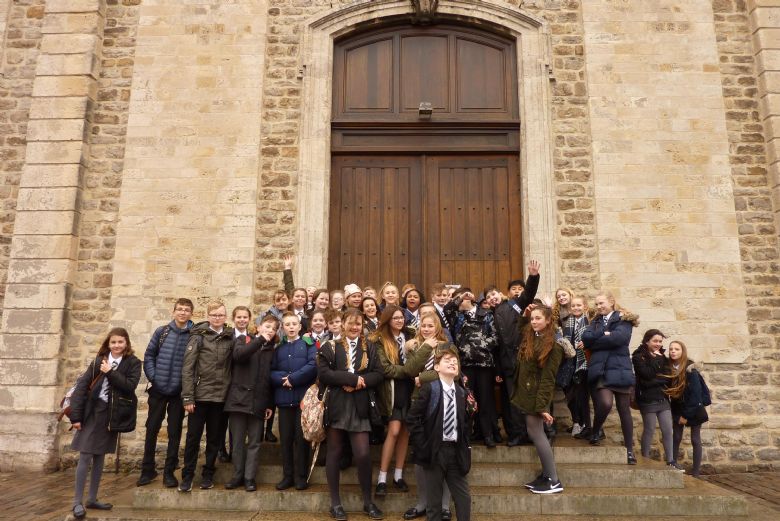