Year 12 and 13 students travelled to Maidstone on Tuesday 14th March to attend the ICAEW National BASE Competition.

Year 12 and 13 students travelled to Maidstone on Tuesday 14th March to attend the ICAEW National BASE Competition. Competing against nine other schools, the Business Studies 6th Formers worked alongside an account mentor and were provided with a scenario in which they then had to work through to create a business and finance decision. The decision was then presented to an esteemed panel of four judges from the Institute of Chartered Accountants in England and Wales (ICAEW) who scored them on their presentation and justification of the decision.

Although they didn’t win, they out performed other groups in the competition, and all stood proud in front of 90 spectators as they presented their ideas. Mr Turley said “Each student did themselves proud and were a credit to the school. They were a shining example of what our school has to offer”. 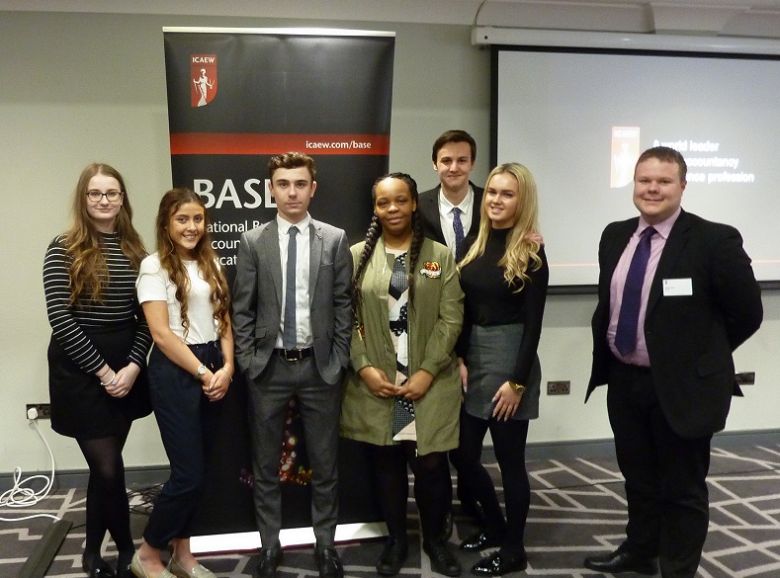