Alfie competes in the battle of the board

Cromer student Alfie took part in a skateboarding competition on March 11th at The Source in Hastings.

Cromer student Alfie took part in a skateboarding competition on March 11th at The Source in Hastings. The Battle Of Hastings Skate Boarding Competition saw 30 Under 16 competitors take part and, as this was Alfie’s first major event, he was happy to come a respectable 20th place.  Alfie has always loved skate boarding and practices at Revolution Skate Park in Broadstairs every other weekend with his dad who is also a boarder. Alfie said “I’ve been skate boarding for nearly 5 years now and live and breathe it. I’m very safety conscious and so although I’ve had injuries I’ve never broken anything. The competition was great fun and I’m hoping to improve next time. When I’m not actually skating I’m playing Tony Hawks on my PS2! I’m looking forward to the Sittingbourne Skate Park being opened in the future as I will be able to practice even more then!”. Perhaps we have a budding Tony Hawks in the making. Watch this space. 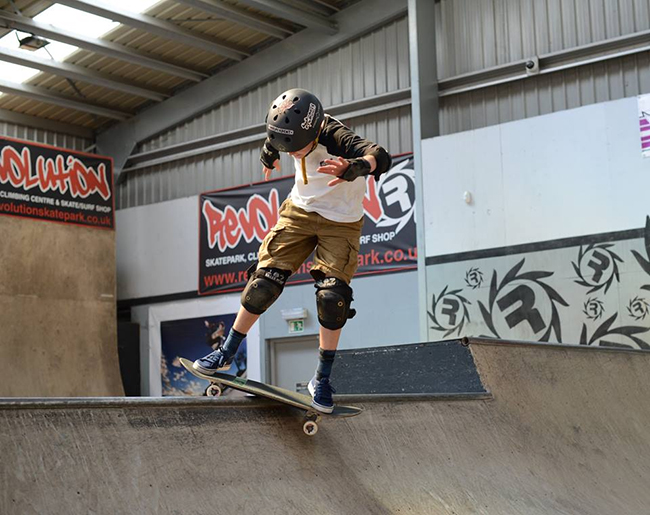