A Gold Plated Day For Students

Year 10 students went on their annual trip to Parliament and the Supreme Court on Tuesday 14th March.

Year 10 students went on their annual trip to Parliament and the Supreme Court on Tuesday 14th March. The Citizenship students were privileged to be shown around on a grand tour of the Palace of Westminster, and visited the House of Lords. They were in awe of the giant gold throne, until they discovered it was ‘only gold plated’! Sadly, they did not get to visit the House of Commons this year, for there was a rather important debate taking place during the week regarding Brexit! Students then met with Gordon Henderson, our local MP. They presented challenging questions to him, and Gordon praised them on their knowledge. They really enjoyed the exchange and have invited Mr Henderson in to a lesson next term! Lara said “The tour around the Houses of Parliament was excellent. It was really interesting to find out about the history of the building”.

The next destination was the Supreme Court, where they had the privilege of sitting in on a very interesting trial. Students sat and listened to solicitors argue the benefits of being able to hold the police accountable for negligence. Jessie said “The best part of the day was when we watched the debate in the Supreme Court. I was totally fascinated with the legal system in the court”. 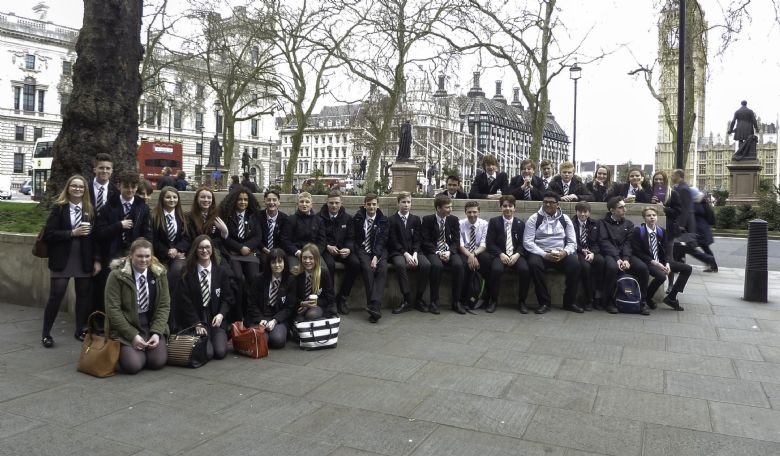