Morrison student Samuel has taken up the challenge of swimming the same distance as a road marathon to raise funds for Rumbles Gym of which he is a member.

Morrison student Samuel has taken up the challenge of swimming the same distance as a road marathon to raise funds for Rumbles Gym of which he is a member. Following an arson attack on the gym premises a few weeks ago Samuel really wanted to help, so set about swimming at least one mile each time he visits the swimming pool and aims to complete the 26.2 miles by Friday the 19th May, cheered on by boxing coach Charlie Rumble. Samuel already swims three times a week and also joins his friends at Rumbles Gym twice a week which at present runs out of Fulston Manor School, who offered to help until Charlie got back on his feet. When asked why he wanted to do this for the gym Samuel said “I’d heard about a little girl swimming a mile to raise funds and thought that I could do that in one session so wanted to push myself. With the London Marathon coming up I thought the distance was something I could achieve and that Charlie would really appreciate it. I don’t have a target but it’s lovely so many people are getting behind me. I’ve raised over £600 in a matter of a couple of weeks so I’m really happy”. Charlie summed up his feelings in one word “Overwhelmed!”. To donate to Samuels fund raising please send money via PayPal to [email protected] 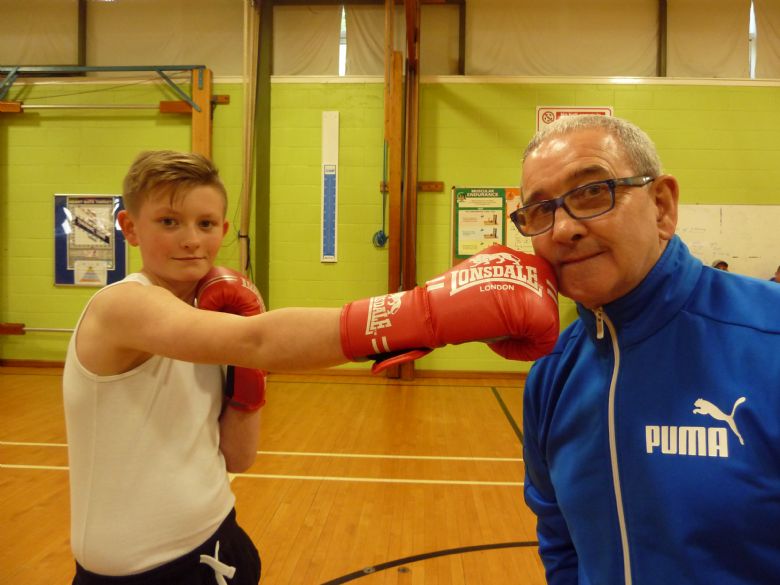 On Wednesday 7th June a cheque totalling £1170 was handed to Charlie Rumble by Samuel which is the amount he raised by swimming the same distance as a road marathon. Well done Samuel! 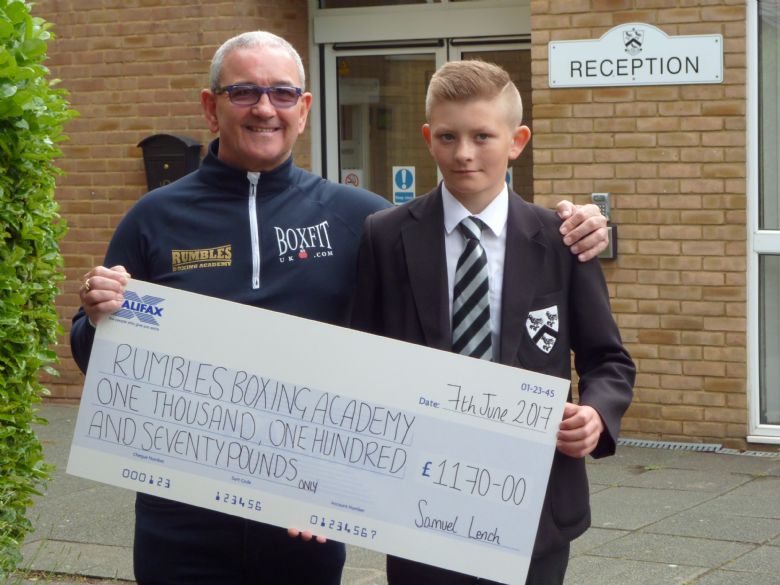